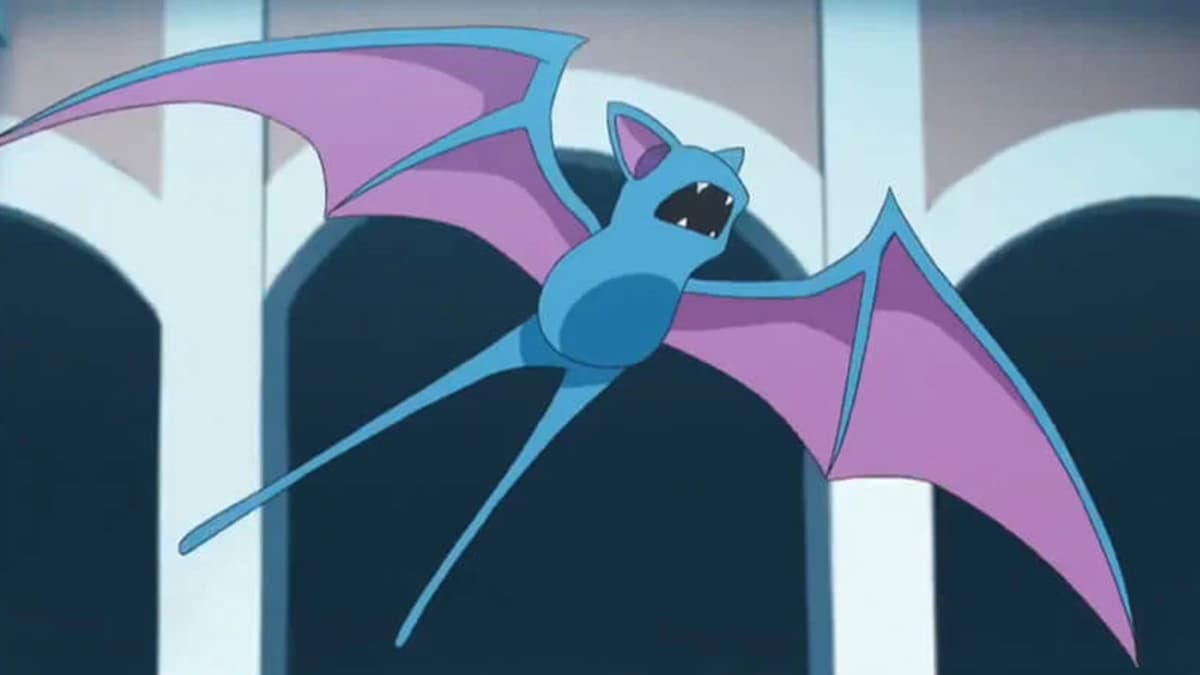 Bat Pokémon have been popping up in the series since its earliest days in the 90s. These creatures can tend to be one of the biggest pests in the game for their opponents in battle, often inflicting confusion or poison status and chipping away at your party’s health. Here is a complete list of every bat Pokémon to this point, ranked from best to worst.

Lunala is the poster legendary for Pokémon Moon. This gigantic bat looks like two lunar crescents when its wings are fully extended, and being a legendary, it easily has the highest potential of any Pokémon on this list. It is a Ghost and Psychic type, leaving it to be a great choice to take down Fighting, Normal, Psychic, and Poison-type Pokémon.

Crobat is the final evolution of Zubat and Golbat and has had a generally good fanbase since its debut in generation two. It may have lost a little height thanks to a much smaller mouth, but Crobat is both faster and stronger than its predecessor, making it a solid choice for Poison representation in your party.

For all of the bat Pokémon you could guess to see in the series, you likely did not expect to see the Pokémon Company introduce a Dragon-type. This Noibat evolution is an intimidating presence that always looks cool to have on your side and is a reliable battle partner.

Gliscor is the darker evolution of Gligar and brings the fear of a vampire bat-scorpion hybrid to the battlefield. It is not nearly the strongest option on this list, but we love its design and the idea of how freaked out we would be to see one of these in real life.

We often have issues remembering Gligar even has an evolution because, besides the color change, there is not really much to separate them on this list. It’s another flying scorpion bat that is a bit weaker than its more menacing evolution.

Golbat was well represented in the early days of Pokémon because of the presence of Brock in the anime and how common it and its previous form Zubat were in the games. This very large-mouthed creature is known for being just slightly tougher than its first form and has multiple ways to confuse its enemies.

Noibat is the cutesy form that evolves into the draconian Noivern. This tiny fruitbat makes its way on this list more for its looks rather than its battle potential. Its beady eyes, dark purple coloring, and big ears make it a typical and expected inclusion to Pokémon.

Swoobat is another pretty standard bat Pokémon on this list besides its heart-shaped nose and single ear. It has a unique tail that it uses to hang itself from trees and has a large tuff of fur that is a remnant of its former form.

Woobat is weaker than its evolved form of Swoobat, but we would say it is at least a more interesting design being a big fluff ball with wings. This Pokémon doesn’t necessarily have much reason to be in your party besides working on getting its friendship up so you can evolve it.

Anyone who played early Pokémon games knows the headache of trying to get through any dark cave. Zubats would appear grossly frequently, causing your progress to be impeded after a few steps. While we love Crobat, we do not enjoy its beginnings. This bat was seen more as a nuisance than anything else.