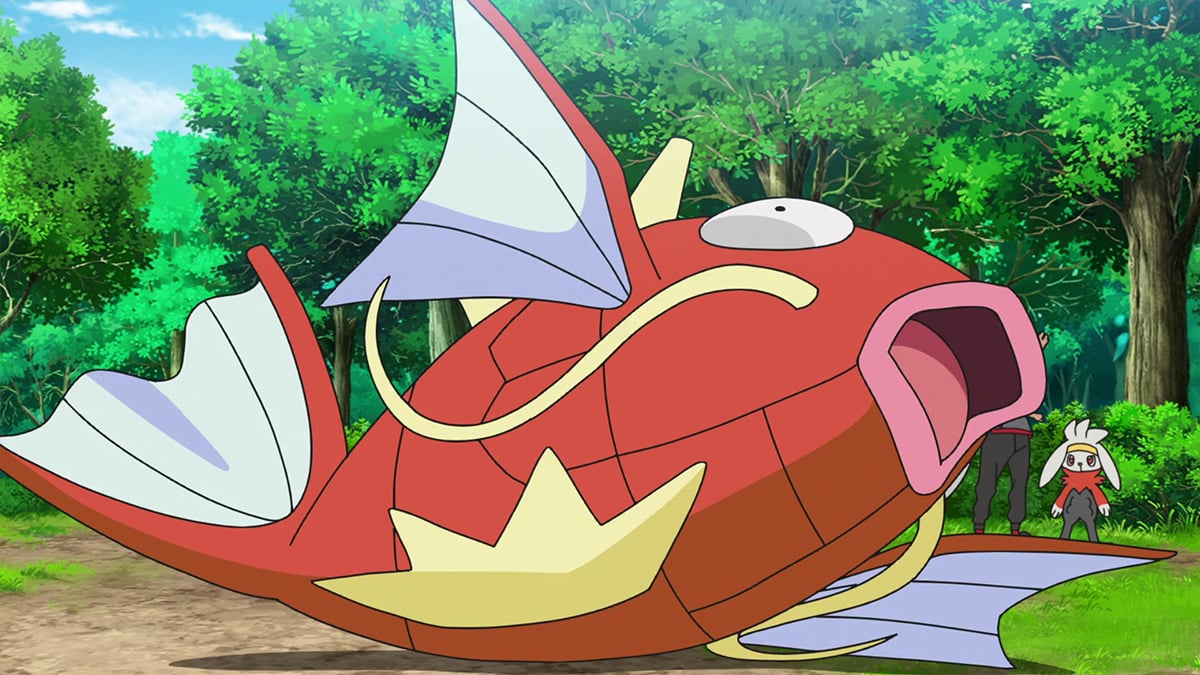 Pokémon designs draw from all sorts of real-life animals, be it foxes, frogs, or in this case, fish. After all, our world is mostly water, so it’s only fair that so many Pokémon are styled after sea creatures. Below you’ll find our list of every fish Pokémon, ranked from the worst up to the absolute best. This isn’t based on the competitive scene, but rather on just how ‘fishy’ each Pokémon is, its place in the world, and in some cases, how clever its name is.

Related: Every Cat Pokémon in the series, ranked from best to worst

These misshapen weirdos are really just here on a technicality, hence taking the worst spot on the list. Sword and Shield gave players the ability to mix and match fossils to create four different Frankenstein Pokémon. Dracovish (left) is a result of fish and drake fossils being combined; Arctovish (right) is what you get by combining a fish fossil with a dino fossil.

Luvdisc is a very specific kind of fish: the kissing gourami. The problem is, it just looks like a floating heart. There’s barely any resemblance of a fish here.

Alomamola does a bit better, with its horizontally symmetrical design. However, it loses big points for not being an evolution of Luvdisc, which it clearly should be. Black and White did this a few times, with Bouffalant being another example — Tauros was robbed.

Remoraid is a pretty plain Pokémon, and it doesn’t even evolve into a fish — how this thing becomes the octopus Octillery is a mystery. It gets bonus points for being an important companion to Mantyke and Mantine, but we’ll get to them later.

Just look at that face. You know Stunfisk has gotten so many swirlies at Pokémon school. You might think that’s no big deal for a fish, but Stunfisk actually lives in the mud — it’s not even a water type.

Bruxish avoids being closer to the bottom thanks to a colorful design and its typing. This is the only psychic fish in the series, which counts for something.

This evolutionary pair is a simple loach and a catfish. Whiscash probably tastes delicious when fried, but this list is not about which fish Pokémon is most likely to appear on a Cracker Barrel menu.

This pair of evolving fish does a bit better, thanks to their cool color designs and bodies, which actually glow at night. That’s why “neon” is in the name.

Both of these Pokémon are angler fish, though only the evolved form really looks like it. Lanturn also avoids the horrifying, fanged face that real-life anglers have. Chinchou also gets some bonus points for having eyes unlike any other Pokémon in the series.

Basculin and Basculegion mostly earn this spot due to clever wordplay, but their evolutionary chain is pretty interesting too. Basculin comes in three forms, with either red, blue, or white stripes. Only the white-striped ones can evolve in Basculegion.

These swimmers also jump up the list as a result of good wordplay — their names are just so fun to say. Plus, they’ll probably put Heart in your head, and that’s never a bad thing.

Clearly, Clamperl isn’t a fish, but it’s here because it can evolve into two different, actual fish. Huntail is the result of trading one that holds a Deep Sea Tooth, while Gorebyss comes from trading one holding a Deep Sea Scale. Split evolutionary chains are always neat in Pokémon.

Speaking of evolutions, Mantyke has a rather unique one. If you have a Remoraid in your party, then Mantyke will evolve into a Mantine to protect it. Plus, manta rays are such cool animals to base a Pokémon on.

Qwilfish, the puffer fish Pokémon, is another standout design. Its evolution, first introduced in Legends: Arceus, makes the spiny guy look even more dangerous. Overqwil is such a perfect edgelord name too.

Skrelp the sea dragon has a great look, almost resembling a little aquatic Robin Hood with a feather in his archery cap. Its evolution cranks up the danger meter: Dragalge is a poison/dragon type.

This evolutionary chain, first introduced in Black and White, has a fun progression. You start with the little Tynamo, with its cute beady eyes. That evolves into Eelektrik, whose constantly shocked face screams “I can’t believe what I’ve done inside that Pokéball. Finally, you get Eelektross, who comes into contact with a Thunder Stone and becomes the underwater embodiment of electricity.

Wishiwashi isn’t much too look at by itself, and it’ll burst into tears if you stare too long. However, it’s the only fish Pokémon that actually schools together like real-world fish would, resulting in a swimming Voltron of underwater wonder.

Piranhas shouldn’t really turn into sharks, but that’s exactly what happens with this evolutionary pair. Both look intimidating enough as it is, and then you realize that Sharpedo manages to be a powerhouse with only half a body.

Feebas climbs toward the top of the list thanks to its evolution, easily the biggest glow-up of any Pokémon. Even better, it evolves when traded with a Prism Scale, which means you have to (at least temporarily) give up the ugly fish for its inner beauty to shine through.

As we reach the top spots, we simply have to include this original Pokémon. Misty has been rocking Goldeen since Pokémon Red and Blue, and every kid loves goldfish.

Another original, Horsea just edges out Goldeen by virtue of having a third evolution. What’s nice is that both Horsea and Goldeen are available in Red or Blue, when you might expect the rival water types to be version exclusives.

Why does this seemingly simple, bored Pokémon take second place? Relicanth is a coelacanth, the oldest known fish species on the planet — an endangered group that scientists long thought had no living relatives. There’s a reason the species is considered a big deal to Animal Crossing fans too.

Who else could it be? Sure, Magikarp gets meme-ed as a stupid carp that flops around doing useless Splash attacks, but it becomes so much more than that. It ascends to Gyrados, leaving behind its fishy form entirely, embodying the Japanese folk tale of the carp that swims up the waterfall to become a dragon. This led to it starring in its own mobile game, Magikarp Jump.