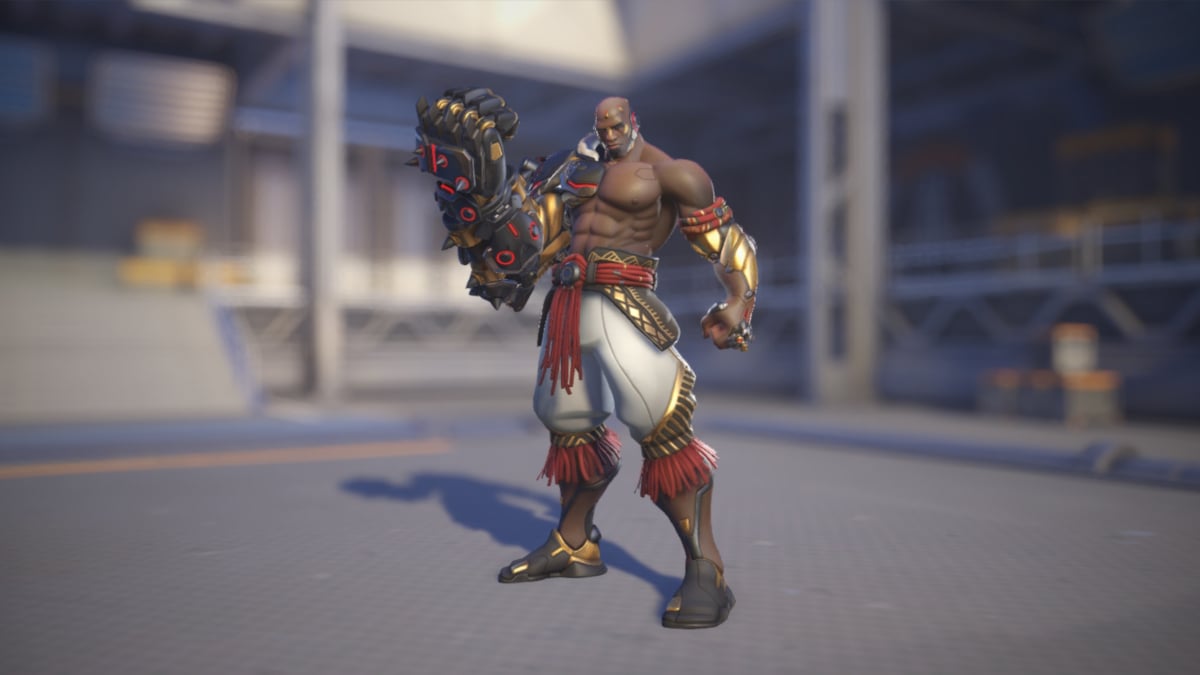 The big, imposing villain Doomfist has swapped positions from DPS to Tank with the transition from Overwatch to Overwatch 2. The fighting game playstyle of old has been swapped for an aggressive in-your-face style of tanking, with the goal of causing chaos and confusion in the ranks of the enemy team. Doomfist can still dish out large amounts of damage with his rocket punch and seismic slam, while his ultimate ability lets him jump up and land like a crashing meteor, devastating everything around him.

All Legendary Doomfist skins in Overwatch 2

All Legendary skins that Doomfist currently has will need to be bought by using Legacy Coins. Some of those skins are limited by certain seasonal events as well.

In this perfect crossover, Doomfist is taking on the skin of Warlord Blackhand from WoW’s Draenor.

Robo-unicorn Doomfist isn’t real and can’t hurt you. Except that he is and he can.

Likely inspired by Jack from the Tekken franchise, this skin uses the same model as Caution.

This skin has the same model as Avatar, with a recolor to make the hero look ethereal and ghostly.

It makes perfect sense that a martial arts character like Doomfist would compete in a karate tournament.

Doomfit’s silhouette is a good match for the iconic movie monster from the Black Lagoon.

The ice giants from the north would welcome the Overwatch character with open fists.

This skin represents Doomfist from his younger days as a fledgling member of Talon, before rising to the top.

This skin proves that you can look both dapper and dangerous, but only if you’re also Doomfist.

We think that even Maximus would struggle against this particular opponent in the Colosseum.