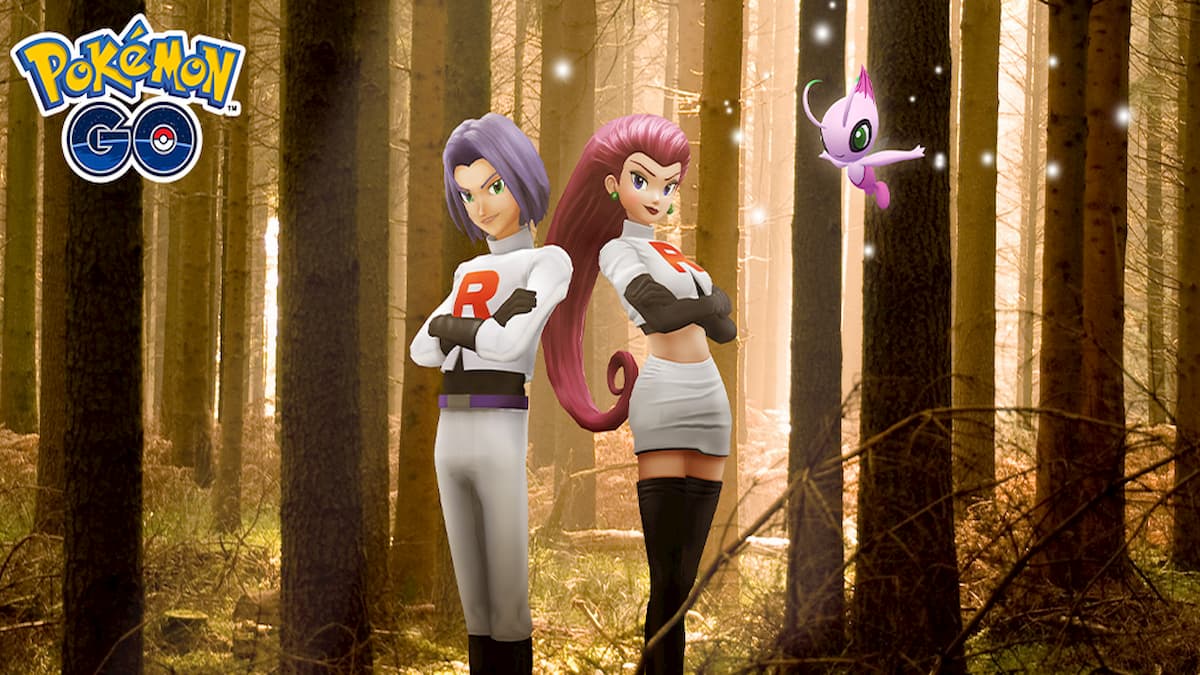 To celebrate the arrival of Pokémon The Movie: Secret of the Jungle, Pokémon Go is holding an exclusive event that gives trainers the chance to capture a shiny Celebi. This long sought after Pokémon will be on everyone’s list as they work through the event, and Jessie and James are coming along for the ride. Here’s everything that will be happening during the event.

When is the Pokémon The Movie: Secret of the Jungle event?

The event will be starting on December 14 at 8 AM and will continue until December 21 at 10 PM in your local time. That’s likely the same amount of time you can expect the exclusive special research project where you can capture shiny Celebi.

These are all of the increased Pokémon spawns that will be occuring throughout the event.

While those Pokémon are appearing in the wild, these Pokémon will be available for players to capture in raids.

What makes it truly exciting is that Rufflet is receiving its shiny version during the event, so you’ll want to participate in several raids to catch it.

Jessie and James are returning in their Meowth balloon throughout the event. However, they will have an increased spawn on December 25 from 8 AM to 10 PM in your local time. They might have exclusive shadow Pokémon players can catch.

How to catch shiny Celebi

For those curious about how to capture the shiny Celebi, there’s going to be a special limited-time research available when the event goes live. We’ll list out what those tasks are going to be, and the rewards, but by the end of it, all trainers who reach the final task will have a chance to capture shiny Celebi, so make sure to stay on top of it.