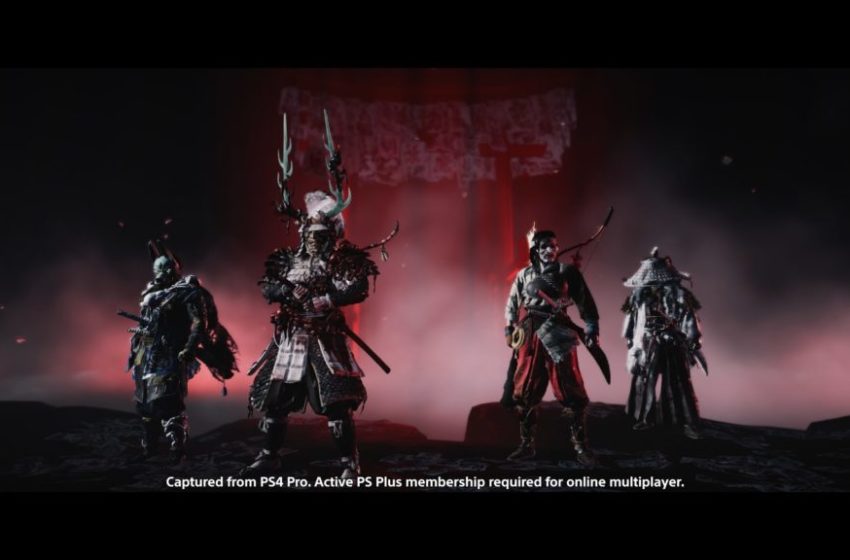 Even if you dread multiplayer modes, you probably couldn’t help but grin when hearing Ghost of Tsushima was getting new content. Many had expected additional single-player content, but at least for this first wave of DLC, it will be a “wave-based” online co-op experience titled Ghost of Tsushima: Legends. In the new mode, up to four players will gather to fight some of the hardest enemies to unravel a new storyline.

In its announcement trailer, gameplay established that players can choose from four classes: Samurai, Hunter, Ronin, and Assassin. Uniquely, the story will focus on these characters and will not include the Jin Sakai or other familiar faces from the main plot. Each of these playable killers will have their own set of abilities and weapons, which can be customized and upgraded.

For each character, players will be able to apply two weapons, one charm, and two lethals, as well as a class ability. In the customization menu, clothes and emotes can also be interchangeable. Though, Sucker Punch has confirmed that there will not be any microtransactions for the mode, and that all cosmetics will be unlocked through playing.

However, its format will be dramatically different from its single-player counterpart. In a Sucker Punch press release, Darren Bridges, Senior Game Designer for the critically acclaimed PlayStation-exclusive, has pointed to Legends being level-based, rather than having an open-world. Furthermore, don’t expect it to be dripping in non-fiction, either. According to Bridges, the DLC’s “locations and enemies [are] inspired by Japanese folk tales and mythology” with a heavy emphasis on magic. It makes sense, as the trailer displays four characters taking a portal into a seemingly underworld version of Tsushima.

With each wave, harder enemies will come, however, it may take some time for boss battles to be included. Bridges mentions that a “four-player Raid” feature will be added to the action game shortly after Legends’ release. In short, Ghost of Tsushima is surrendering to those who wanted it to be painstakingly hard. However, from what’s seen in Legends’ debut trailer, be careful what you wish for.

Ghost of Tsushima: Legends DLC will be launching for free alongside update 1.1, on October 16, 2020.