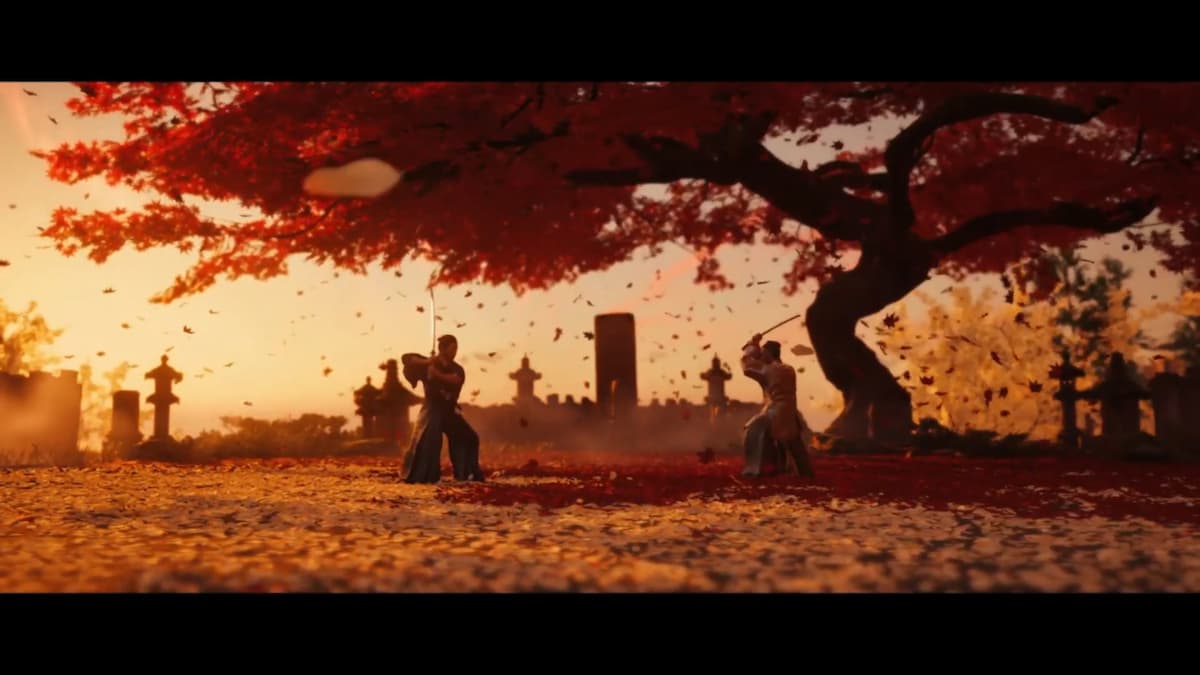 Like the samurai films it takes its inspiration from, Ghost of Tsushima is all about the weight of choices and the difficulty of living up to a strict code of behavior. As such, the final conflict of the game is not between the people of Tsushima and the invaders that have come to their island. Instead, it is between Jin Sakai and his uncle, Lord Shimura.

Spoiler warning: This guide will have story details from the final moments of Ghost of Tsushima, so if you want to experience them fresh, now is your chance to look away.

With the Mongol invasion repelled, Jin is summoned by his uncle for a final duel between the two of them. This fight is challenging but manageable, as it won’t be the first duel that you’ve completed in this way. After being defeated by his adopted son, Lord Shimura begs him to grant him a warrior’s death. Players are then given a choice; will Jin grant his uncle’s wish or spare his life?

If you choose to kill Shimura, Jin lowers himself to his knees and draws his knife. After Jin tells his uncle that he will ensure he is remembered as a great warrior, a wise leader, and a father, Shimura is grateful and acknowledges Jin as his son before telling him to find him in the next life.

Jin then stabs his uncle and breaks down into sobs before the screen fades to white and the credits roll.

If Jin chooses to spare his uncle, he will admit that he has turned his back on his honor but has not sunk so low that he would kill his only family. Shimura warns Jin that he will never stop hunting him so long as he is the Ghost. Jin bows before his wounded uncle, puts on the mask of the Ghost, and walks away before the credits roll.

Which Should You Choose?

After both exchanges, we return to Jin plotting his ongoing campaign against the remaining Mongol invaders in a makeshift lair. Either way, players will find a new dye set for the Ghost armor in their inventory.

So which one is the better option? It depends on how you want to play Jin. Killing Lord Shimura is the more honorable option in this setting and will give both of them an amount of closure to their conflict. While sparing Shimura will have Jin casting aside his honor as a samurai and embracing the path of the Ghost more fully. There is no “wrong” option here, so players should feel free to choose what feels right for their playthrough. Either way, it is one of the most cinematic, heart-breaking endings in recent gaming and the perfect final touch to a great story.