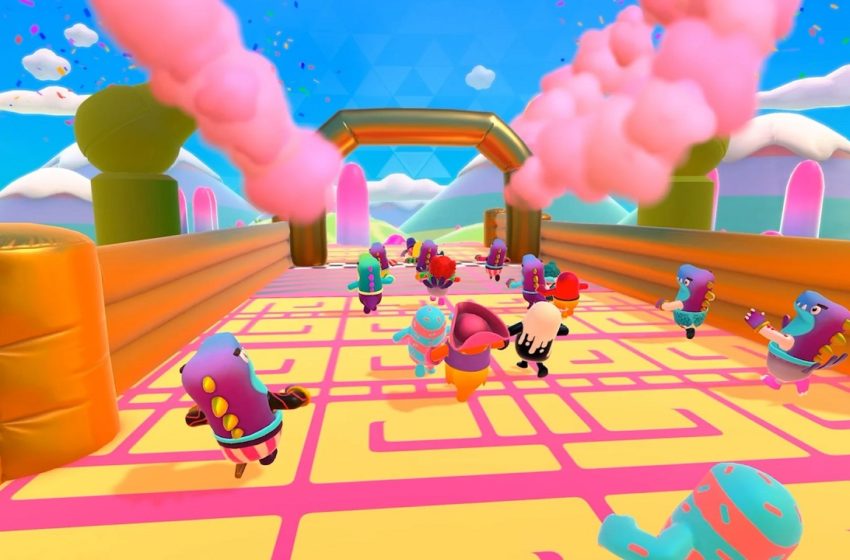 When it comes to Fall Guys, getting your roll on across a game is key to ensuring you are there at the end. Speed is important, but going too fast can cause your fall guy to lose balance or miss-time a jump. Watching your speed will ensure that you can continue your pace to the end.

However, when it comes to the Fall Throttle trophy, it asks you to get to the top speed possible, or in other words, hit terminal velocity. This is not an easy thing to do as your fall guy is limited to simply running for movement. This means that falling and getting hit by obstacles is realistically the only way in which you will be able to make the achievement.

There are a couple of levels in which you can get hit hard enough to make terminal velocity. The best round in which you can make this is on The Whirlygig game. This is the level with lots of spinning beams and windmills that you have to jump over and avoid.

Whilst heading through the level, you will come towards the finish with spinning plates to jump over and a giant windmill in the middle of the map. This giant windmill spins very quickly and is difficult to avoid, so simply run into this and get hit by the fan, which will send you flying off to the side and likely onto one of the spinning plates. If you are able to hit the fan flush, this will allow you to hit terminal velocity and it should then pop the trophy for you.

Be aware that any method you use to achieve this achievement is likely to knock you off the map, putting you behind the pack. We would recommend only attempting to make this achievement if you are far ahead enough to make up the ground, or are less fussed about winning this particular show. It’s not a difficult achievement to obtain, so it should only take one attempt if doing so using the Whirlygig level.