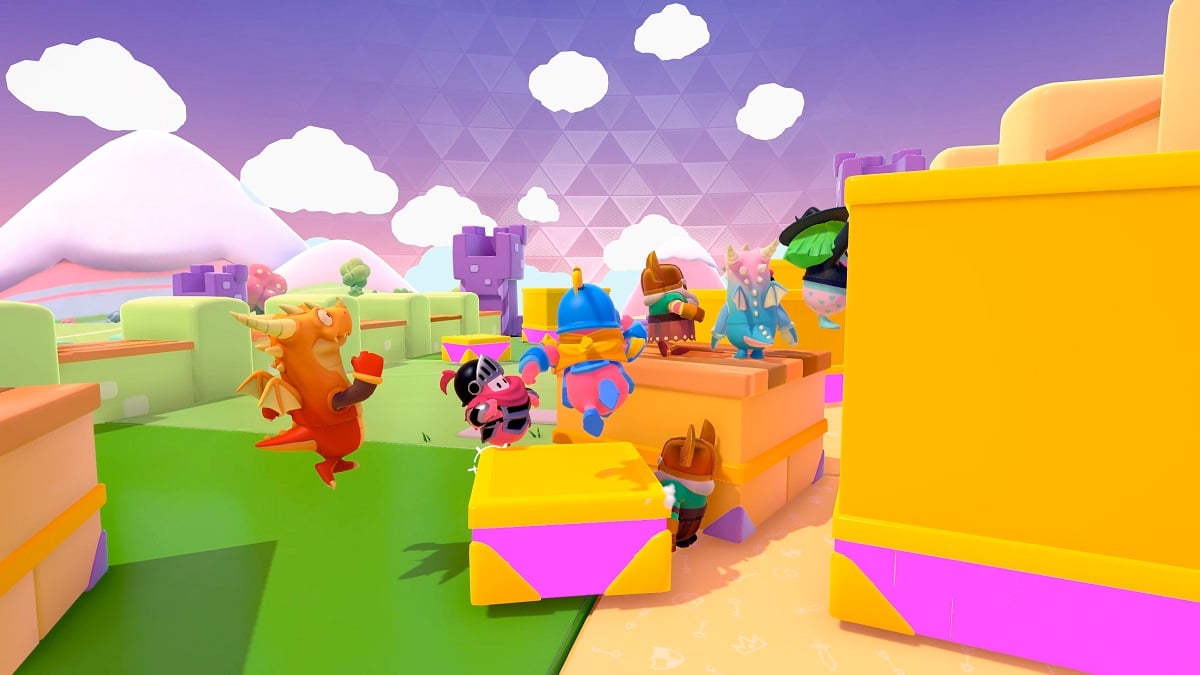 Multiplayer games are an excellent way to play with several friends or a random group of people online in competitive arenas. Fall Guys and Among Us are two games that pit you against a group of people but work a little differently. Fall Guys could be seen as primarily a party game, whereas Among Us is a bit more cooperative and competitive, depending on what side you play on. These games have distinct differences.

Of the two, Fall Guys is easily much bigger and feature a game show setting. It’s a battle royale game where it pits 60 players against each other, attempting to survive to the game’s end. Each round of the tournament is a different game mode, with a different goal, usually having players make it to the end of a level while traversing various obstacles. Only a small number of contestants can make it to the end of the round and move on. Close to the end, only a few players can catch the Crown at the end of the game.

Fall Guys is an excellent game to play by yourself against a massive horde of people, or you can jump into with friends. However, most of the games are a free-for-all battle to the end, but there are a handful of team games, and if members of your party are still in, they’ll join you during those rounds. If a teammate is knocked out, the entire team can watch to cheer on the last one to watch them catch victory. There’s a lot of madness, but plenty of fun to be had.

Hopefully, you and your friends enjoy a little healthy competitive.

In Among Us, you play as a small group of astronauts attempting to repair the ship. There’s a bigger focus on teamwork, with players being able to make games for teams featuring four to 10 players. However, not everyone is on your side. A player is a killer alien, an impostor attempting to kill everyone on board before the good astronauts can repair the ship or figure out they’re the impostor. Both sides have a race against time, and it places the light of suspicion on nearly everyone.

You can play with a small group of friends, or choose to jump online to join a random group of individuals who want to try trusting you. Both are good ways to experience us Among Us, but you might get a bit more out of it by bringing some of your friends together who know each other pretty well, giving them good opportunities to point the finger at one another. Friends can usually tell when they’re lying to each other, forcing everyone to walk on thin ice.

What are the differences?

Fall Guys is a much larger game in general, with various party levels where there’s a single winner at the end of the game. Among Us has a small team of people attempting to work together to complete a single goal. Both of them are multiplayer, but you probably want to stick with Among Us if you want to work with your friends. Fall Guys has more of a focus on competition, and everyone involved wants to be the final winner.

There’s no clear winner of one being better than the other. It all depends on what you want to do with your friends. Fall Guys might be better for a more competitive group, and Among Us is excellent for six or eight friends to team up and see which of them is lying and attempting to kill them.