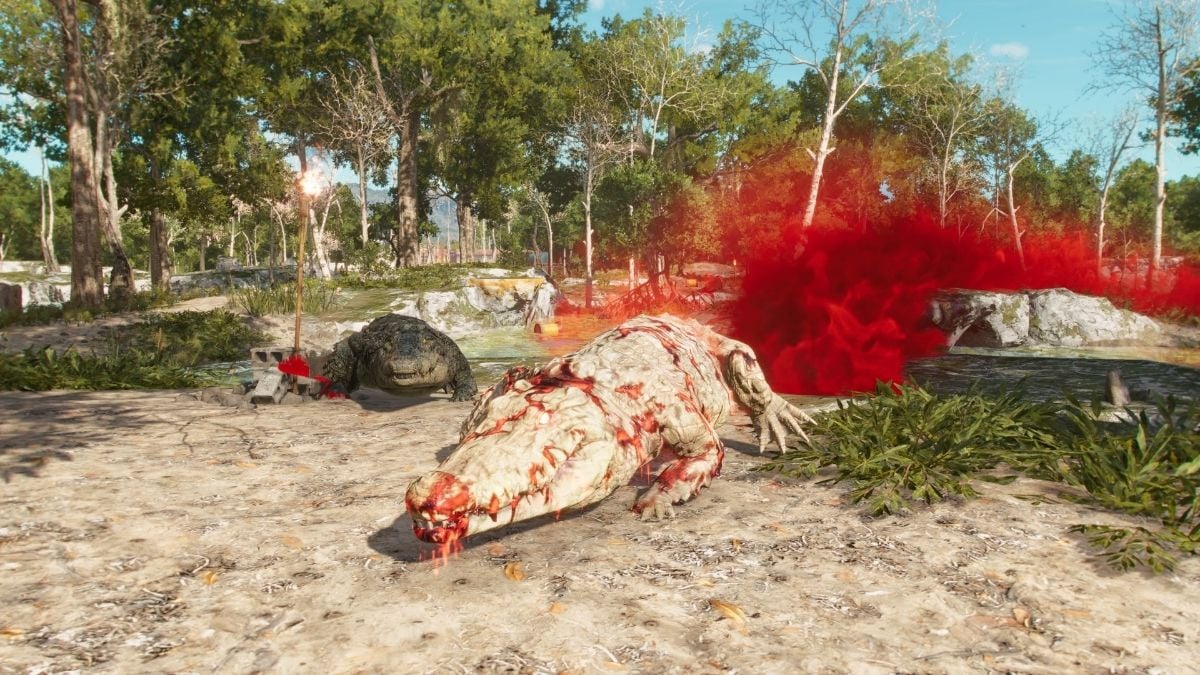 There are a total of four Mythical Animals in Far Cry 6 and each one is as deadly as the last. You best be on your toes when tackling any of these foes. They will fight back and can easily end your life if you aren’t prepared. You are rewarded with some great gear for finding and taking them out. Here are their locations.

Mamutito is able to be found near the beginning of the game. After you meet up with Clara, you will be on Isla Santuario. Progress through the area and you will eventually need to climb a lighthouse. Near this lighthouse, in the northern section of the island, is Mamutito. Get close enough and it will get marked as Mamutito’s Den.

The area is filled with climbable ledges to take advantage of. Mamutito is very aggressive and will consistently charge you. This creature is also accompanied by a few other boars. Use the ledges to escape if you need time to heal. Make sure to bring a heavy weapon as well. For killing Mamutito, you will get its tusks which you can trade for the Primal Mask.

Venodiente is located in the Hazardous Waste Disposal site on the coast of Balaceras. You can easily get there by taking a boat from Zamok Archipielago where Libertad HQ is. The swamp is filled with hungry crocodiles that will not hesitate to grab a bite of your flesh.

The croc you are looking for is Venodiente. It is a vicious crocodile that exudes poison. Its skin is pure white and it has piercing white eyes as well. If you get attacked by it, don’t stay near it or the poison will surely end you. You can trade Venodiente’s pelt in for the Primal Vest.

This mythical animal is actually a pair of feral dogs, one white and the other black. They reside in their den which is situated in a mountainous area beneath Ida’s Refuge in Aguas Lindas. The pair are a ferocious combo that is accompanied by a pack of other dogs.

This fight is perhaps the easiest of all the mythical animal fights. Sanguinario is a large jaguar that is dark as midnight and accompanied by a group of smaller jaguars. A good shotgun like the Spas will quickly put an end to each of the jaguars so there is no need to fret about taking them down.

This fight is located along the southern coast of the Sierra Perdida section of the map. The small docking area is near Terrero Beach. This fight can only be started at midnight. You can learn this information if you visit the area in the day and read a note on a house. Come back at night and the jaguars will seemingly appear out of nowhere. Trading in Sanguinario’s pelt will get you the Primal Pants.