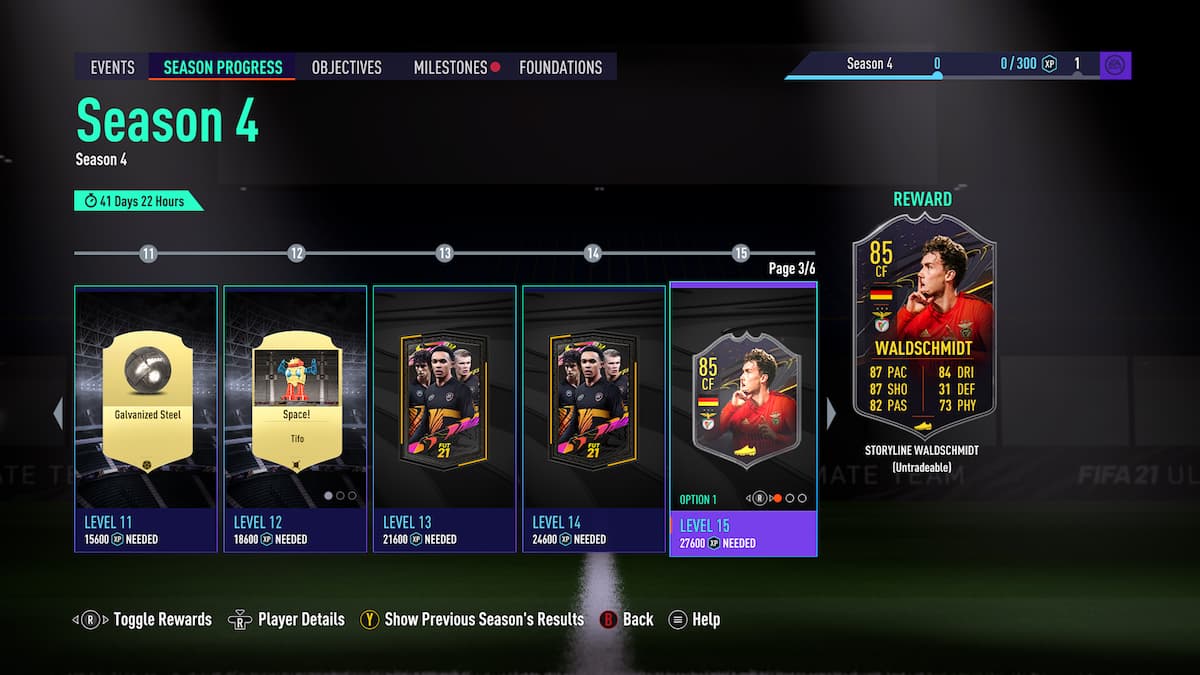 A new Season of FIFA 21 Football Ultimate Team officially went live on February 12, and it came with a bunch of new items. In addition to the new Squad Building and Future Stars Season Objectives challenges, players can grab two new Storyline players this season, one for reaching Level 15 and one for Level 30.

If you’re planning on grinding XP, you might be wondering which cards to target for this season. Let’s go over our recommendations, plus the XP that’s needed to reach each level.

And now for the Level 30 players:

As far as the Level 15 rewards go, none of them are exactly meta-changing. It’s also worth noting that none of the players come from any major football associations, so that hurts from a chemistry standpoint. However, if there’s one we had to choose, it would be the Dembele card. Dembele’s item links well with other Belgian players in FUT, and the stats as a whole, are pretty solid.

And as for Level 30, we’d go with Januzaj, for a few reasons. For one, the Belgian has very good Pace and Dribbling attributes. Second, the Real Sociedad winger not only works well with other Belgian players like Dembele, but the fact that it can link well with some high-profile players from the LaLiga should make the card tantalizing for any users that run Liga-themed teams. However, if do you run an English-themed or Bundesliga team, Sessegnon is a good fall-back option. The TSG Hoffenheim footballer doesn’t have the Shooting stats that Januzaj has, but for a left midfielder, those attributes aren’t too bad, either.