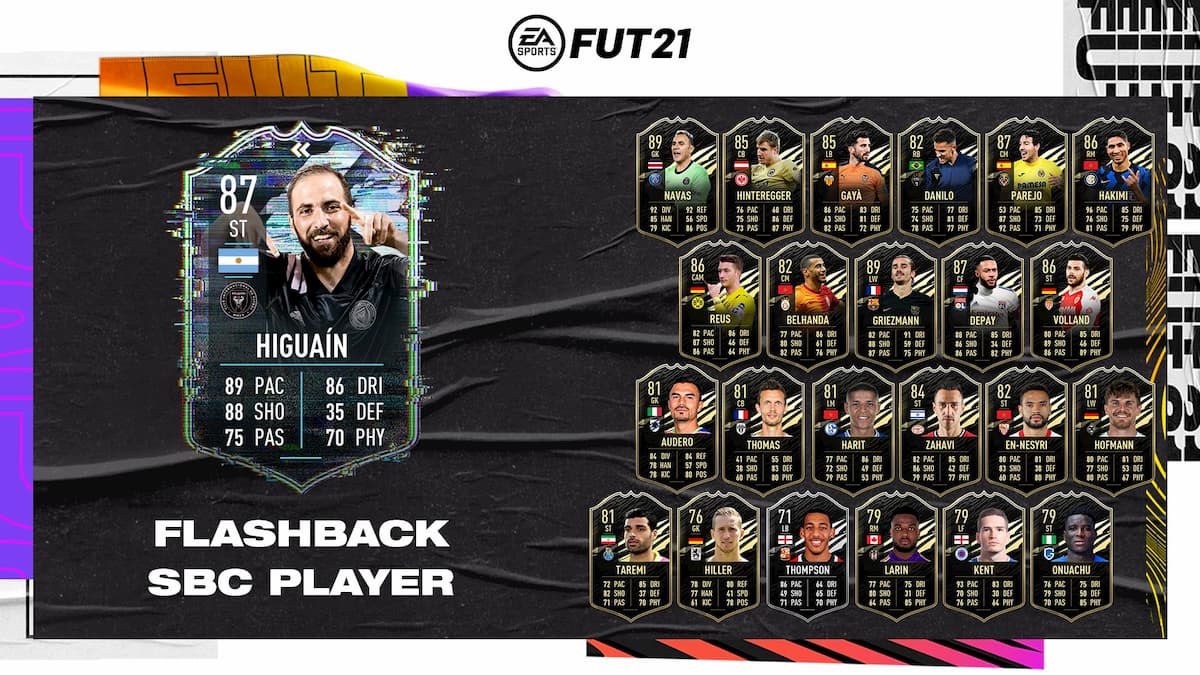 One day after the launch of two new Player of the Month Squad Building Challenges, EA Sports on January 16 unveiled a special Flashback SBC. Argentinian footballer Gonzalo Higuain, who currently plays for Inter Miami in the MLS, is the prize. FIFA 21 players can obtain a special 87 OVR Flashback player item that pays homage to the former Real Madrid striker’s 2009-10 season. But in order to obtain this new card, you’ll have to complete a starting lineup.

How to complete Flashback Higuain SBC

In order to fully complete this Squad Building Challenge, FIFA users will need to construct one starting lineup of 11 players. This lineup will need to meet four requirements, and those requirements are as followed:

Thanks to the fact that FIFA users will only need to meet an 84 OVR team requirement, this challenge shouldn’t be bad for players who are looking for a new striker. If you’re in need of a solution, here’s one that could help you out:

Cards via FUTBIN. This challenge will expire on January 23, 2021.