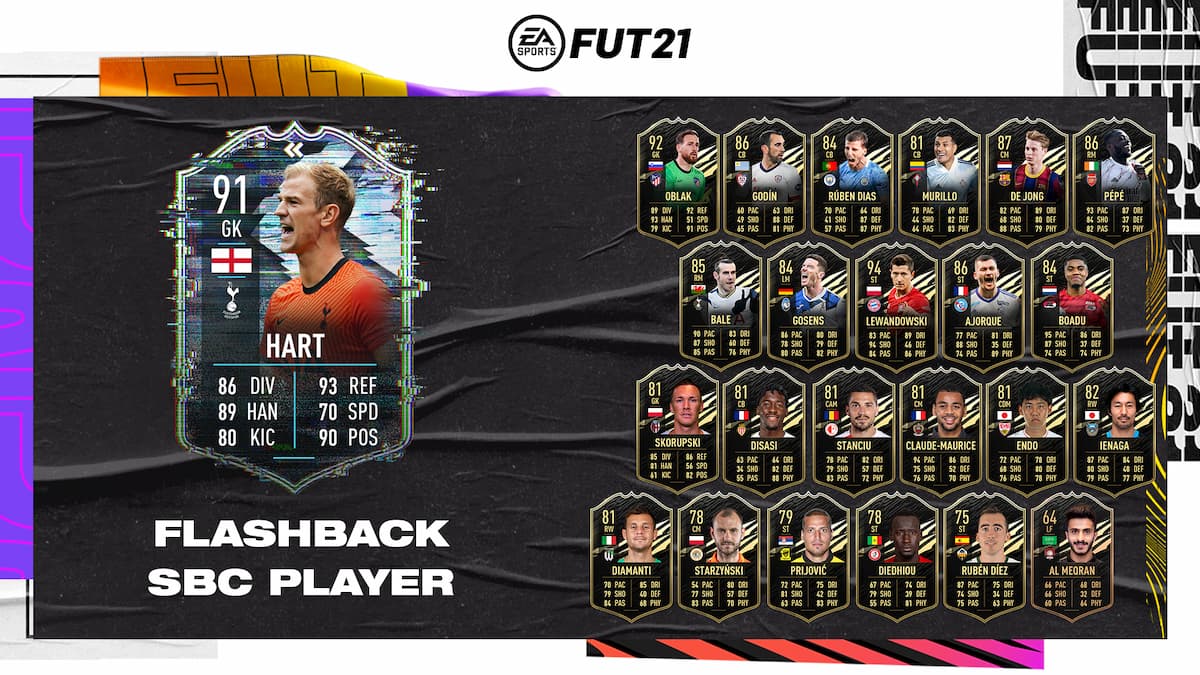 In commemoration of his standout season with Manchester City back in 2011-12, now-Tottenham Hotspur goalkeeper Joe Hart received a special FIFA 21 Flashback card on March 6. FIFA players can now add a 91 OVR of Hart, the man who holds the joint record for most Premier League Golden Gloves in league history, to their roster. But, you’ll need to fill out a lineup first.

How to complete Joe Hart SBC

In order to complete this Squad Building Challenge, FIFA players will need to complete one lineup of 11 players. This lineup, which is set to the 4-3-3-[2] formation, needs to adhere to the following requirements:

This is a goalkeeper Squad Building Challenge, so you really shouldn’t have expected anything too crazy. However, the 85 OVR minimum requirement does drive up the price a bit. Expect to pay anywhere between 150,000 to 160,000 if you’re on Xbox, to around 180,000 if you use a PlayStation console.

Related: FIFA 21: How to complete What If Cristian Tello SBC

Card information via FUTBIN. This challenge ends on March 20.