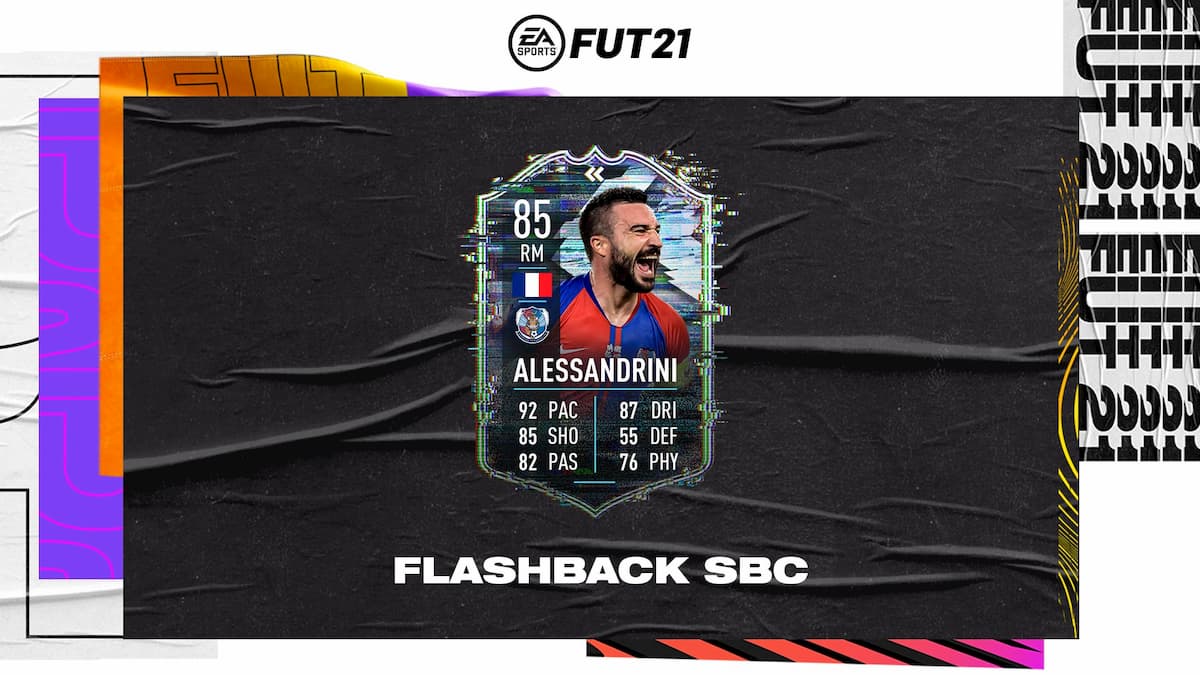 One day after dropping a special Flashback player item for Sergio Aguero, former LA Galaxy RM Romain Alessandrini received a Flashback card from FIFA 21 on November 28. The Flashback card of Alessandrini, who now plays for Qingdao Huanghai in China, has an overall rating of 85, as well as 92 PAC and 87 DRI. Unlike the Aguero SBC, this challenge won’t be all that long — but it also won’t be that easy.

How to complete the Alessandrini SBC

Unlike some of the other Squad Building Challenges that have dropped prior to this one, FIFA players will only need to complete one lineup to complete this challenge. To acquire the special Flashback Romain Alessandrini player item, users will need to complete a 4-2-3-1 lineup that meets the following requirements:

While there is only one challenge to complete, this SBC will be a tad bit expensive given this card’s attributes and the requirements themselves. But, if you’re in the mood to complete this challenge, here’s one combo that can work:

The above prices are pulled from FUTBIN. While this solution may look a bit expensive on paper, it should even out if you can snag some deals on the market. Use your filters and keep a close eye on the bargains that may hit the Transfer wire.

This challenge will expire on December 4, 2020.