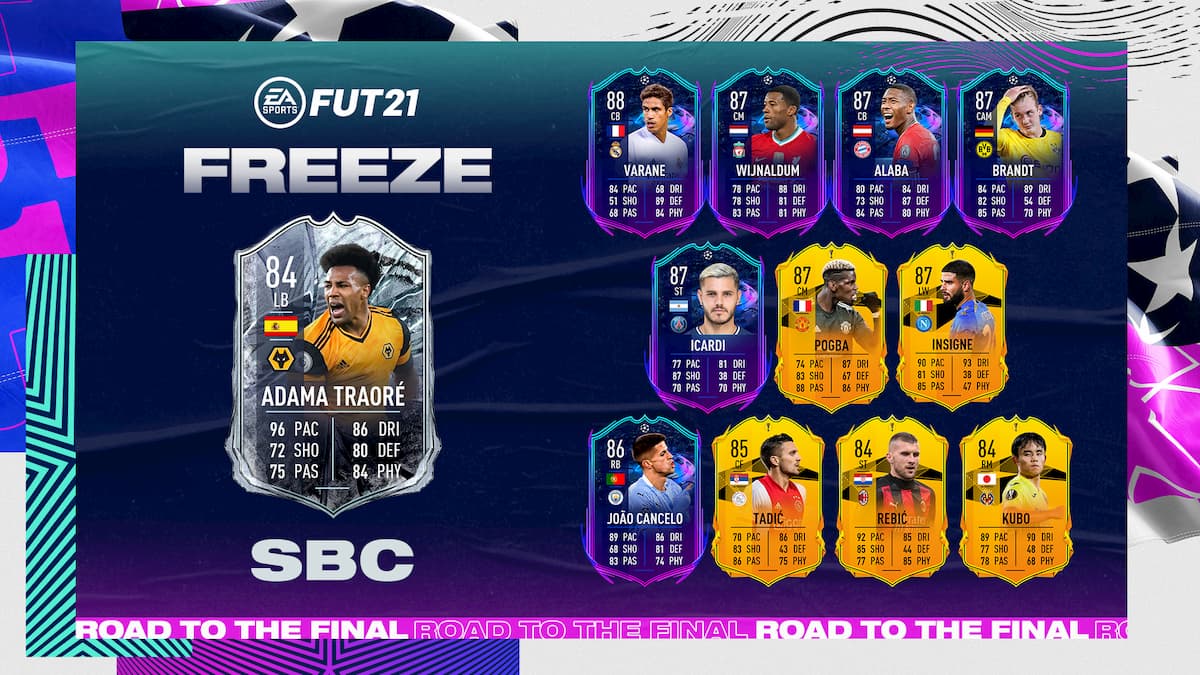 Spanish winger Adama Traore is the latest player to receive a special Freeze item in FIFA 21, thanks to a new Squad Building Challenge that went live on December 19. The Wolves footballer has not only a new 84 OVR player item, but a new position as well, as Traore has been moved to a position.

So how do you get this new Freeze player item? Fill out a couple of lineups.

How to complete Freeze Traore SBC

In order to fully complete this Squad Building Challenge, FIFA players must complete two lineups of 11 players. This is quite similar to the FIFA 21 Serge Gnabry SBC that went live on December 17, as both of those challenges require two lineups. And much like the Gnabry challenge, each lineup will have different requirements. With that said, let’s go over the rules for each one:

This challenge won’t incredibly expensive to complete, thanks to the affordable requirements for the first part. But because players will need to construct an 86 OVR lineup for the second part, this SBC won’t be cheap either. If you need some solutions, here are a few that could help you along the way:

Cards via FUTBIN. This challenge expires on December 26, 2020.