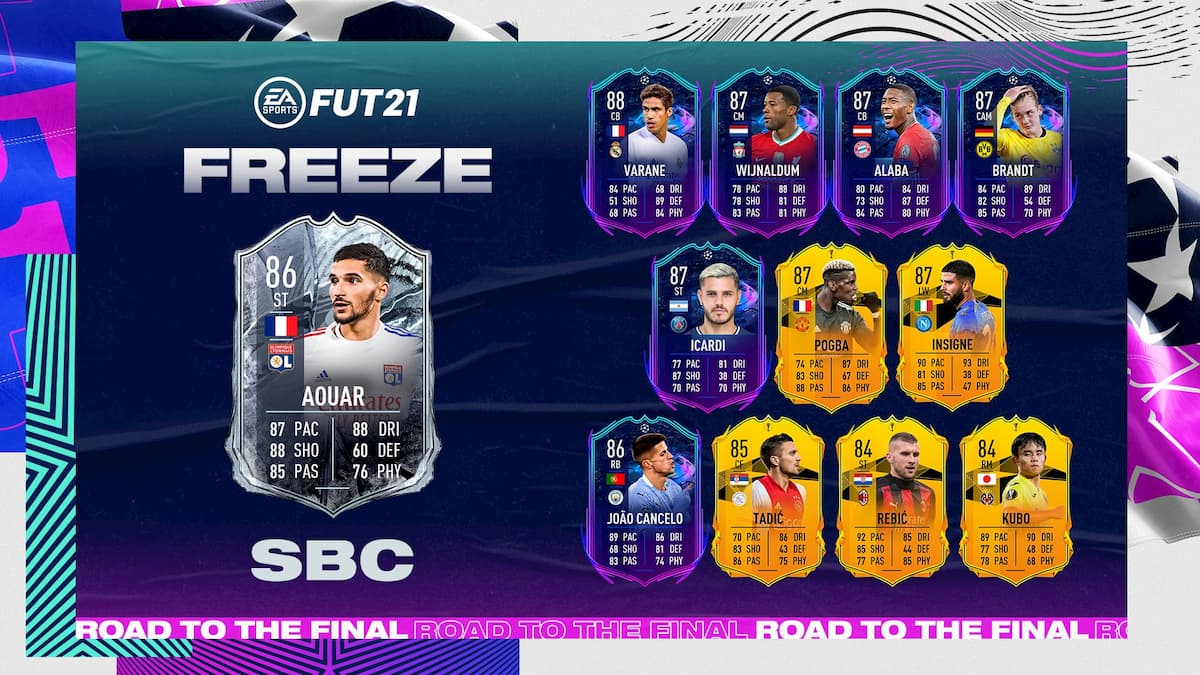 Traditionally a midfielder, OL footballer Houssem Aouar has a new position in Football Ultimate Team, thanks to FIFA 21’s Freeze promo. The French native received an upgrade from his 81 OVR base card on December 22, as a new 86 OVR striker player item of Aouar is now available through a Squad Building Challenge. And, you can obtain this new item through a completing a fresh lineup of 11 players.

How to complete the Freeze Houssem Aouar SBC

In order to complete this lineup, FIFA users will need to construct a starting lineup of 11 players that meets a set number of requirements. These requirements include having a minimum overall rating on the lineup, as well as certain amount of chemistry. Once you fill out the lineup and fulfill all of the requirements, FIFA players will obtain the 86 OVR Houssem Aouar player item.

With that said, let’s go over the requirements for this lineup: