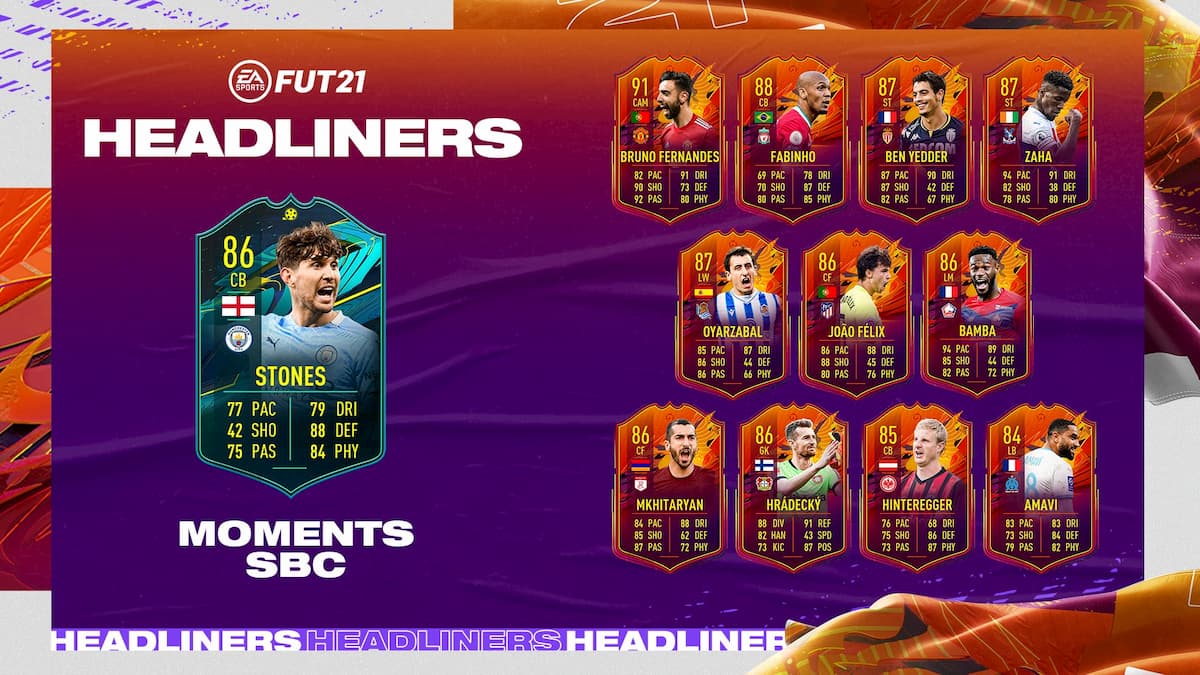 To commemorate his memorable goal line clear against Liverpool in 2019, FIFA 21 on January 5 released a new Moments player item for Manchester City back John Stones. FIFA players can now pick up a new 86 OVR card of Stones via a Squad Building Challenge. But to get the Man City back in your lineup, you’ll need to fill out a lineup first.

Unlike the Sergej Milinkovic-Savic Squad Building Challenge that went live on January 3, FIFA players will only need to construct one lineup to complete this challenge. Users will need to build a starting lineup set to the 4-3-3 formation, which meets five separate requirements.

Those requirements are as followed:

This challenge will most likely cost you anywhere between 140,000-155,000 Coins. If you need a solution, here’s one that could be of help: