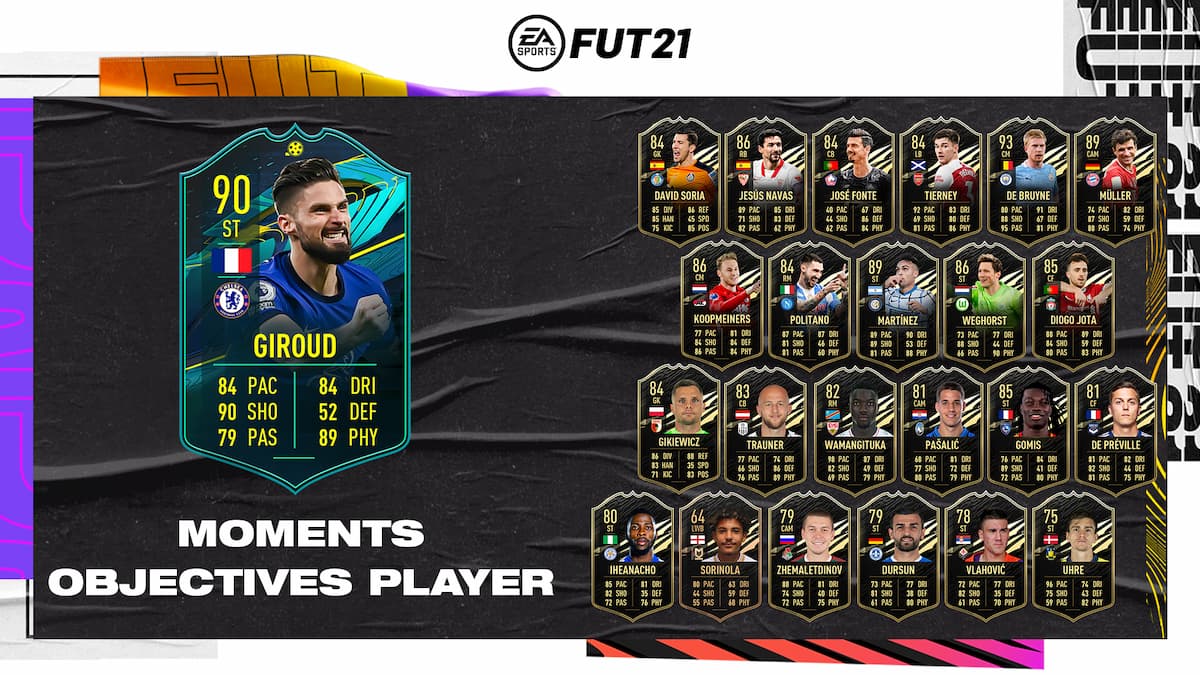 On March 19, EA Sports and the FIFA 21 team unveiled a brand new Moments-themed Objectives challenge. To commemorate his 2017 goal of the year winner against Crystal Palace, a new 90 OVR player card of Chelsea striker Olivier Giroud is now available. So, how can you get your hands on the French striker? Here’s what you need to do in order to get him.

In order to fully complete this challenge, FIFA users will need to fulfill five separate objectives. All of these challenge must be completed within the Live FUT Friendly: Managerial Masterpiece.

The five objectives for this challenge are as follows:

Players who complete all five objectives will receive 300 XP and the 90 OVR Giroud card.

The requirements as far as lineups go are pretty straight-forward. You’ll need to win a bunch of matches with French players, score with Premier League attackers, and you will need to use a LW for this challenge.

Some players that you might want to use for this challenge include:

These are obviously just a few suggestions. You could always use other cards that you would like, including base Giroud, or even one of the Future Stars Fofana cards. It’s up to you how you build your squad, but just make sure it meets the objectives above.

These five objectives are Season-based, so make sure to get them done before the end of Season 4 on March 26.