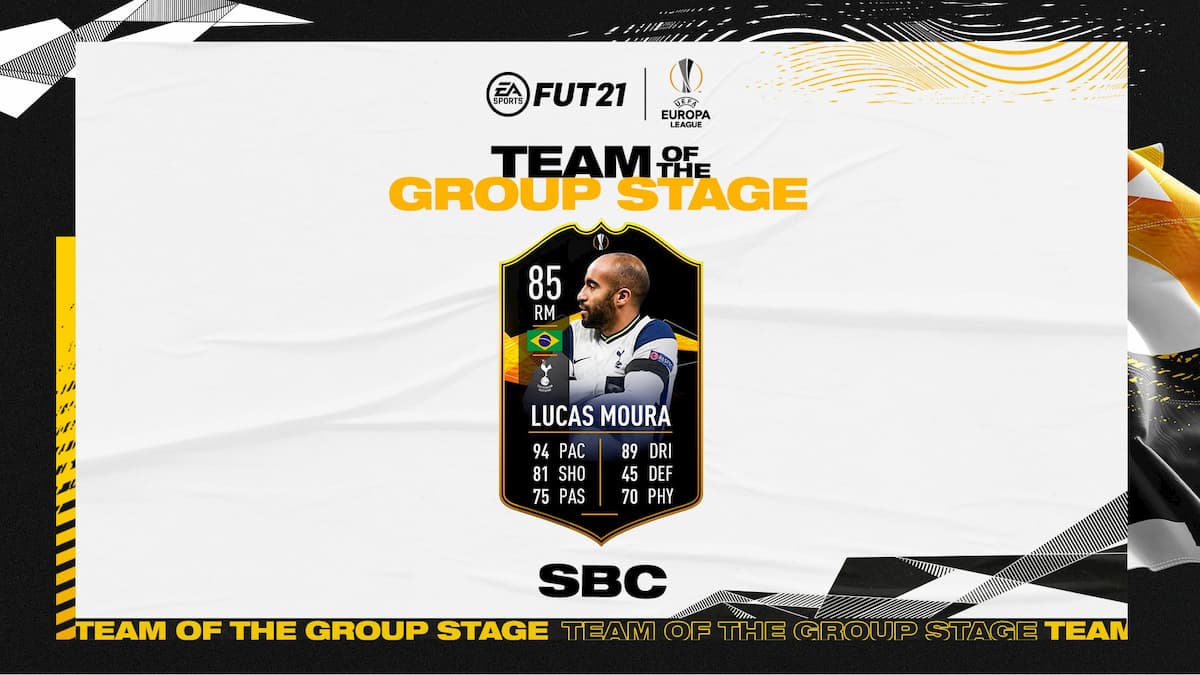 The start of December means not only the start of the Player of the Month card releases for FIFA 21, but also Team of the Group Stage content. On December 4, EA released a new, limited-time Squad Building Challenge for the Team of the Group Stage in the UEFA Europa League, and this one features Tottenham Hotspur RM Lucas Moura. But unlike some of the other Squad Building Challenges that went live in the last days of November, this one will be much more difficult to complete.

How to complete the Lucas Moura SBC

Considering the attributes of this card (97 Acceleration, 91 Spring Speed, 90 Dribbling, 82 Finishing), as well as the fact that this card is a Team of the Tournament item, don’t expect an easy time getting through this Squad Building Challenge. To complete this SBC, FIFA players will need to complete three separate lineups to acquire the 85 OVR Moura player item.

With that said, let’s go over the requirements for each one:

This challenge won’t be cheap, but here are some solutions that can help you along the way:

Cards via FUTBIN. This challenge will be live until December 11, 2020.