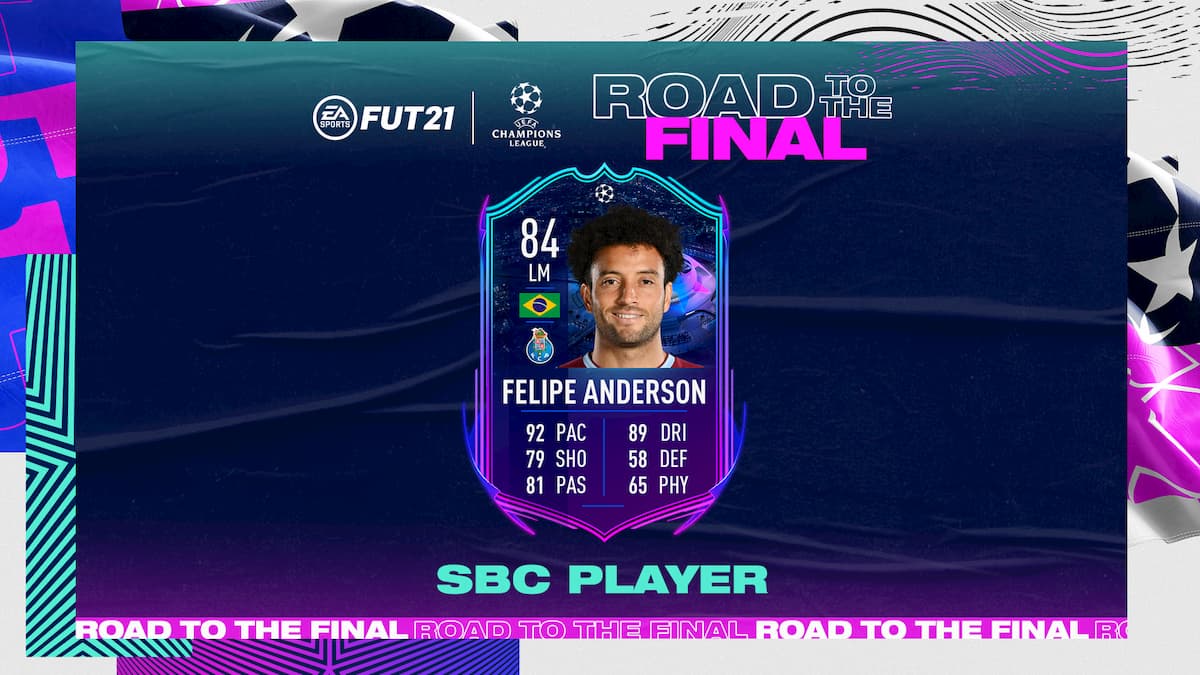 FC Porto LM Felipe Anderson has helped his new team make it to second place in Group C of the UEFA Champions League, and EA Sports has rewarded him with a new special card. A new Felipe Anderson 84 OVR Road to the Final card is now available through a Squad Building Challenge, and you might be wondering what the requirements are for this one. Let’s go over each requirement, along with some solutions for it.

How to complete the Felipe Anderson SBC

For this Squad Building Challenge, there is only component to it. In order to complete it, you will have to meet the following requirements:

Here are some solutions for this particular challenge:

Prices are via FUTBIN. This challenge will be live until November 22, 2020.

Related: FIFA 21: How to complete the Yousef Atal SBC