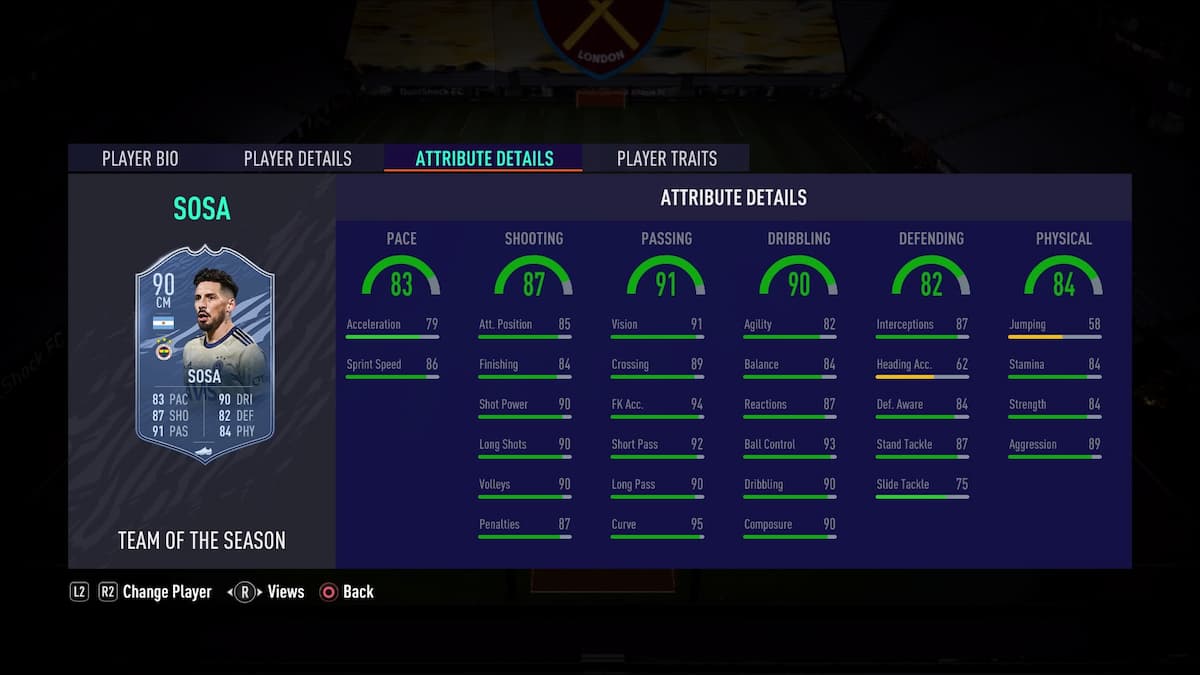 On May 10, EA Sports dropped the Super Lig Team of the Season into packs in FIFA 21. Alongside the new squad in packs, they’ve also given players a new Objective player to work toward. Players have just a few days to grab their own Team of the Season Jose Sosa from Fenerbahce. The 90 OVR center-mid is a solid player that isn’t too tough to earn. Make sure to hop in and get those objectives taken care of.

To complete this Objectives challenge, players need to complete four separate objectives. All of these can be done in either Squad Battles or Rivals, letting you decide which game mode you’d like to grind.

Players who complete all will receive 300 XP and the 90 OVR Sosa player item.

This challenge isn’t going to be too tough to pull off. After all, you can do all of it in Squad Battles, and it only requires six total games played if you build your squads correctly. You could even pair these objectives with the set for TOTS Carvalho and get both finished at once. That said, you only have four days to finish, so you’d better get started quickly.

This challenge expires on May 14.