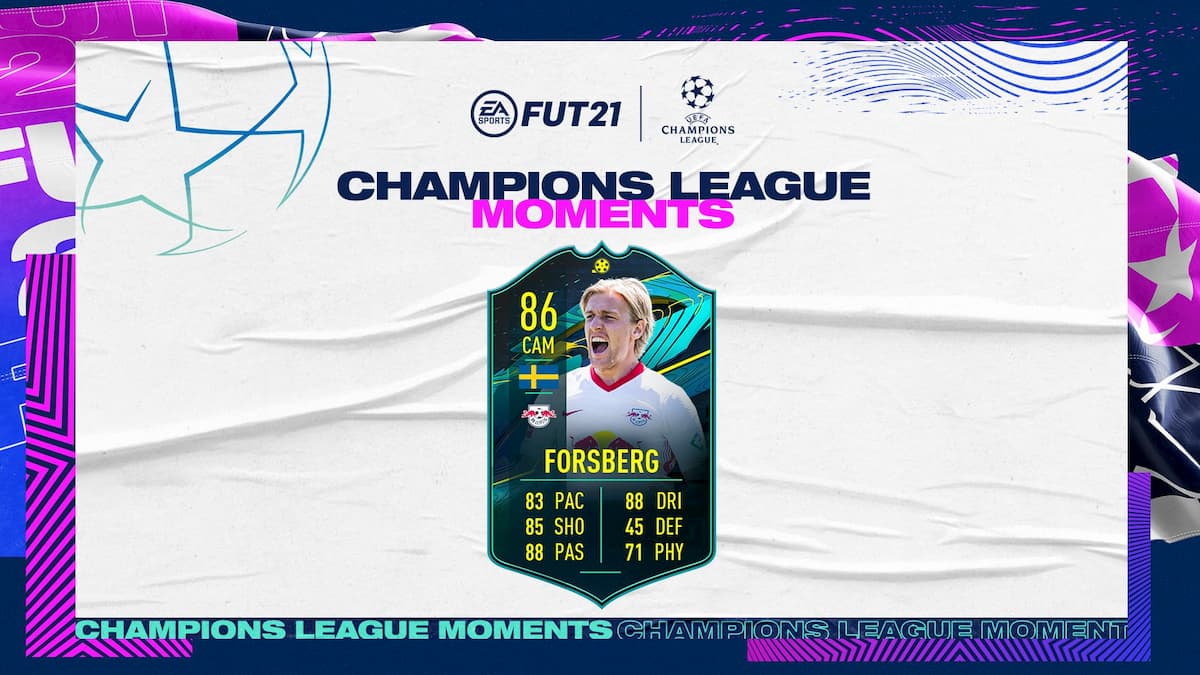 After a big game in the UEFA Champions League, RB Leipzig midfielder Emil Forsberg received some love from the EA Sports team. A new Squad Building Challenge (SBC), highlighting his strong performance to help Leipzig make it to the Round of 16 in the UCL, went live on November 3 in FIFA 21. The new challenge means new requirements, so with that said, how do you acquire this card in FUT. Let’s go over the requirements to complete this Squad Building Challenge.

Much like the Rulebreakers Jason Denayer challenge that went live on October 31, there are parts to this challenge. The first one focuses on the Bundesliga, as players will need to field a starting team of 11 players with at least one player from the German-based league.

As for the full requirements for this first part, the objectives are as followed:

Upon completion of this part of the Squad Building Challenge, players will receive a Jumbo Gold Pack. As for the second part of this challenge, here are the requirements for it:

FIFA players will receive a Prime Mixed Players Pack if this second part of the challenge is completed.

Now that we’ve gone over the requirements for each part of the challenge, let’s go over some players that might be useful during either part. (Prices via FUTBIN).