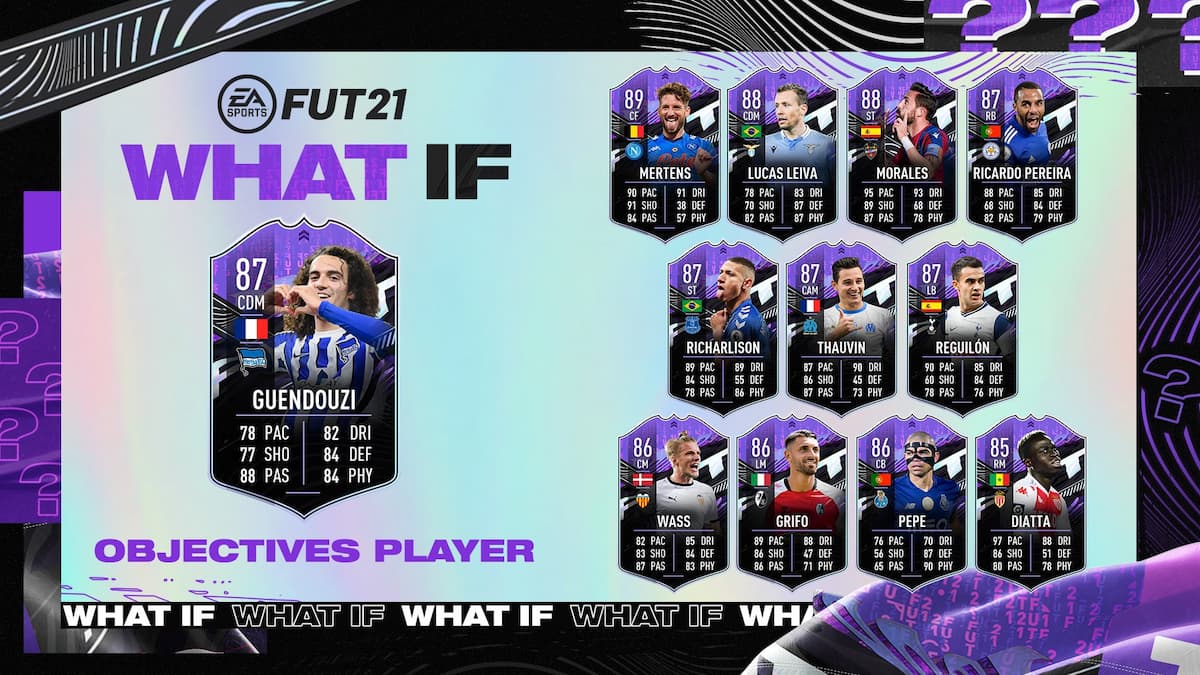 The second week of the FIFA 21 “What If” program officially went live on March 5. The new week brought a slew of new cards, a Squad Building Challenge, and a special Objectives challenge. FIFA players can attempt to unlock an 87 OVR player item of Hertha Berlin CDM Matteo Guendouzi, but in order to get this card, be prepared to get going in Live FUT Friendly action.

How to complete What If Guendouzi Objectives challenge

Much like with the Francesco Caputo challenge that went live last week, FIFA players will need to complete five different objectives in order to complete this challenge. All five of these new objectives must be completed in the new Live FUT Friendly: What If Classic. The five objectives are as follows:

Players who complete this challenge will receive 300 XP and the 87 OVR What If Guendouzi.

As we mentioned earlier, all five objectives must be completed within the What If Classic. The only team restrictions for this friendly is that you construct a team that has players from at least 11 different clubs, and footballers from at least three different league.

You can build this roster anyway you would like, but to complete this challenge efficiently, we highly recommend stacking the starting 11 with talented attackers from the Bundesliga, such as Objectives Alassane Plea, Bayern Munich’s Robert Lewandowski and Dortmund’s Jadon Sancho. Sancho, in particular, is a good fit, as you’ll then have the option to link with either Kieran Trippier (Atletico Madrid) or Trent Alexander-Arnold (Liverpool), both of whom are English and are from a different league than the Dortmund midfielder/attacker.

Additionally, make sure to diversify the starting 11, as you really won’t be able to fit in two players from the same team thanks to these requirements. That pretty much rules out any potential Kinglsey Coman/Robert Lewandowski combo that you might have been thinking about. Although, you could still fit the French midfielder in your lineup, but sans the Munchen striker.

This challenge is slated to expire on March 12.