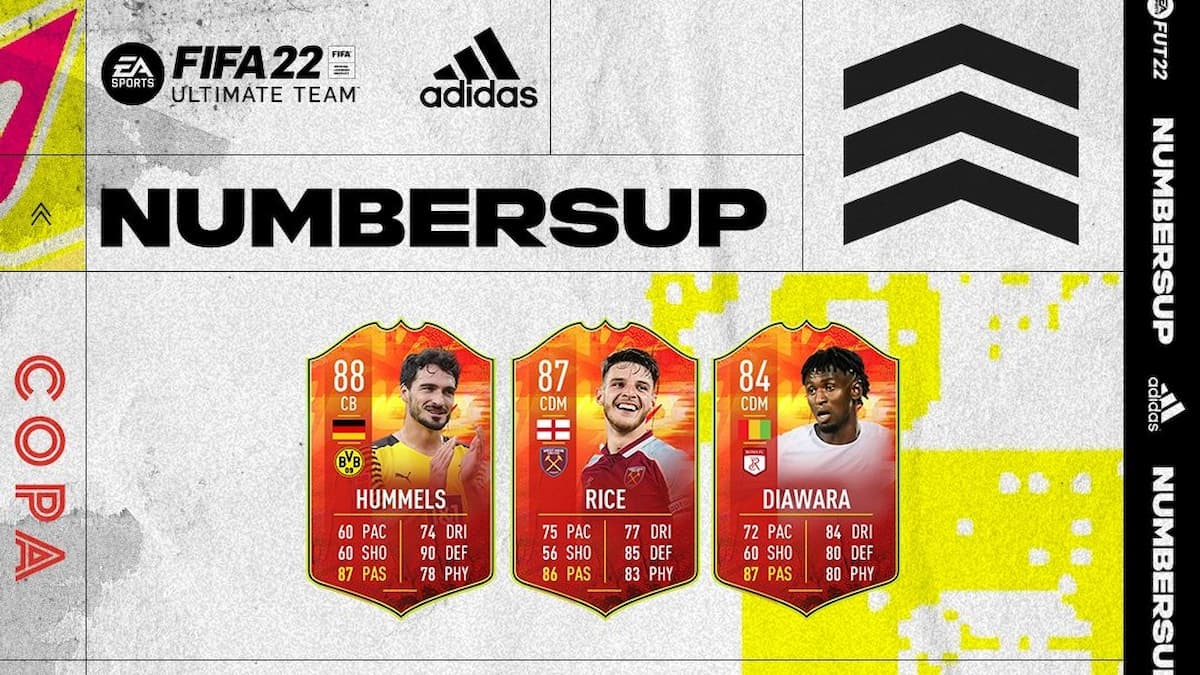 In mid-November 2021, EA Sports and FIFA 22 released a new promo in Football Ultimate Team (FUT). The new promo is called Numbers Up, and it revolves around soccer players and their boots. This event is a bit different than some of the other ones that have gone live in FIFA 22, but it does include two components: new cards and upgrades that will happen down the line. Here’s how the promo works.

This event is a cross-promotion with Adidas, and it’s all about the kicks. For this promo, EA Sports will release limited-time cards of select players who wear Adidas boots out on the pitch.

These cards are eligible for future upgrades throughout the year. One stat of a Numbers Up player will gradually be boosted up to 99. Other attributes will also receive an upgrade, albeit a smaller one.

The stat that gets boosted depends on the boot. Three boots are involved in this promo, and all are from Adidas: the X, Predator, and Copa.

The boosts for the three boots are as follows:

Examples of players include:

Outside of the initial stat upgrade, Numbers Up items will receive two additional boosts. One will come at the end of December. The second upgrade will occur in 2022, although the date, per EA, is undetermined as of November 12.