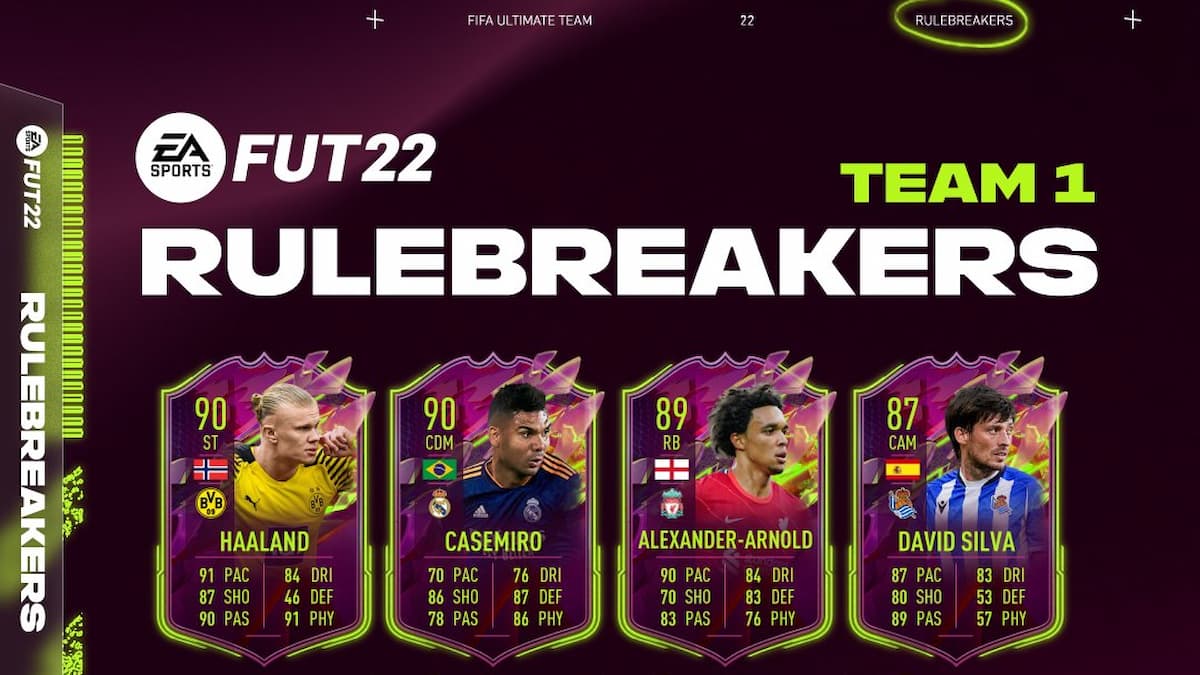 On October 29, a new Football Ultimate Team (FUT) promo went live in FIFA 22. This new promo, entitled Rulebreakers, will make you look at some of the sport’s biggest stars in a different light. What do we mean by this? Let’s explain how this promo works.

The Rulebreakers promo is designed to showcase elite footballers’ talents in a different way. How exactly? Per EA, the Rulebreakers event is meant to allow players to leave “their usual style of play” off the pitch, and re-enter with completely new ones.

In order to do this, EA has released new, permanently upgraded Rulebreakers cards for select players. These cards will have much different attributes and skillsets than their initial base items. Here’s an example of what we mean.

Let’s take a look at Dortmund striker Erling Haaland’s base and Rulebreakers cards. Haaland’s base card has great pace and shooting attributes, which shouldn’t shock anyone given how he plays:

While Haaland’s Rulebreakers card also has great pace, the Norwegian striker’s shooting numbers received a slight downgrade. In its place, however, is a major upgrade to passing:

This is how the Rulebreakers promo works, in a nutshell. Some key attributes may receive a downgrade, and in response, other portions of a player’s profile will receive a major upgrade. And, these boosts will come in places you wouldn’t expect.

The first set of Rulebreakers cards will launch on October 29. The second set will be released on November 5. Throughout the promo, expect to see Rulebreaker-themed Squad Building Challenges and Objectives challenges.