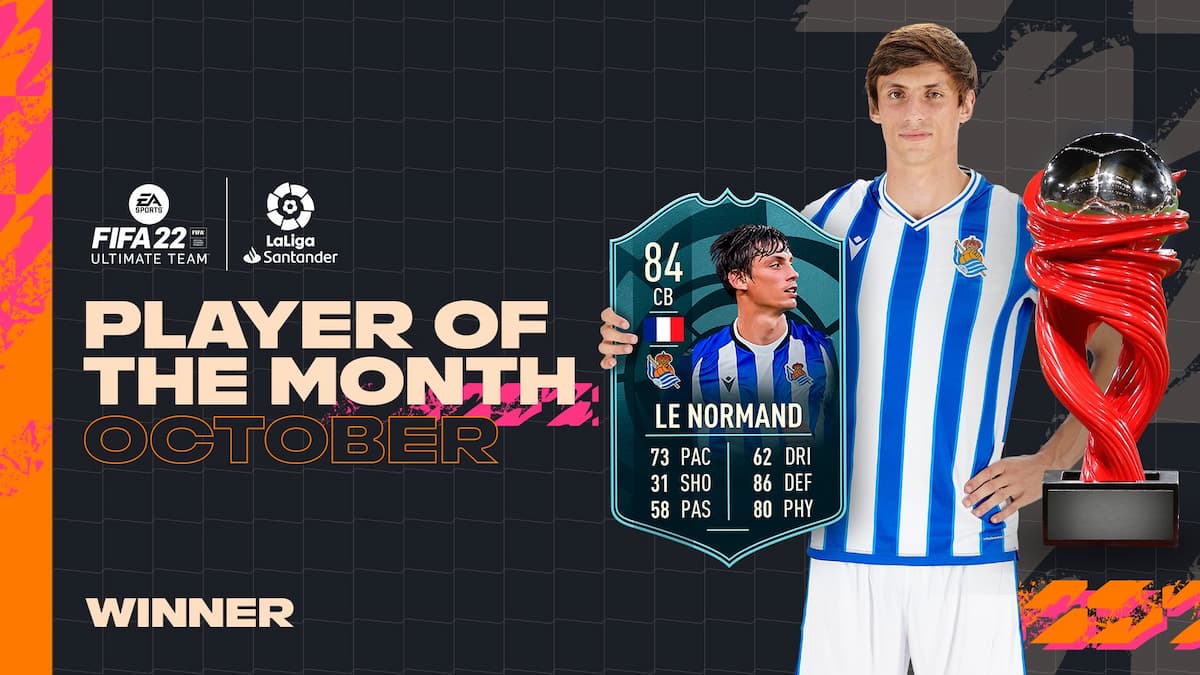 On November 5, EA Sports and the FIFA 22 team released the latest Player of the Month SBC for LaLiga. The Spanish conference’s award is often dominated by players from giants like Real Madrid and Barcelona, but this month, Real Sociedad is getting in on the fun with Robin Le Normand. Want to get him into your club? Let’s take a look at how to make it happen.

This SBC will only run you about 15,000 coins. That’s cheap, but there are several better cheaper options. You would likely be better off running Jules Kounde and Eder Militao instead of doing this Le Normand SBC. Buying those two players would save you a few thousand coins and likely leave your team in a better spot. If you’re a Real Sociedad fan and have to do this SBC, here are a few solutions for you.

You don’t need any specific. Just throw in 11 gold players that you have lying around and this segment will be finished.

This challenge is set to expire on December 3.