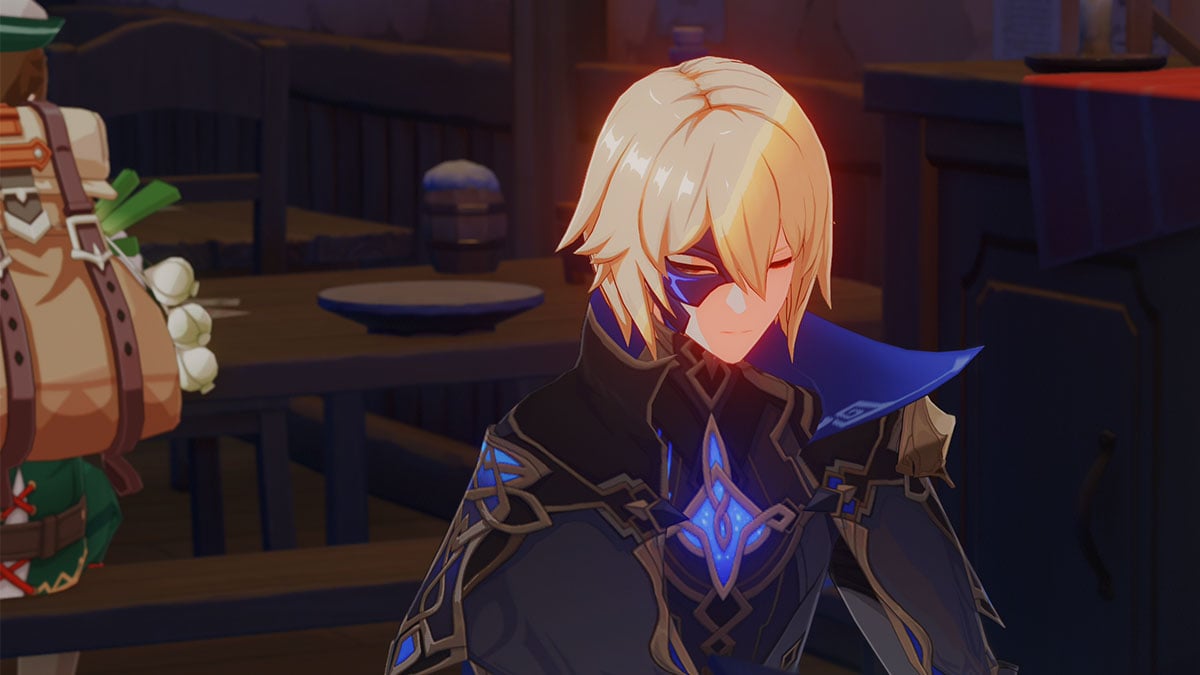 During the Bough Keeper question you will need to talk to Dainsleif, a new character, in the tavern at Mondstadt. You will ask him to go on an adventure with you, but he will have a price. 500 Mora, and three questions, that is what Dainsleif requires if he is to adventure with you.

There does not seem to be any right or wrong answers that you can give to Dainsleif, and this section is more about roleplaying your character in a way that appeals to you. Will you make them self-centered, or a champion of the people?

“The crisis Mondstadt faced was resolved by an alliance between yourself and that…Anemo Archon who calls himself Venti. Who, in your view, was the key to ending that crisis?”

“Rex Lapis, who has defended Liyue Harbor for millenia on end, used his Gnosis to play down a Contract to End All Contracts, of which the stipulations are unknown. Who do you think will defend Liyue Harbor in the future, now that they’ve lost their deity?”

“This world has people who gained Visions, and those who did not. Which of the two do you think hold more importance in the eyes of the gods?”