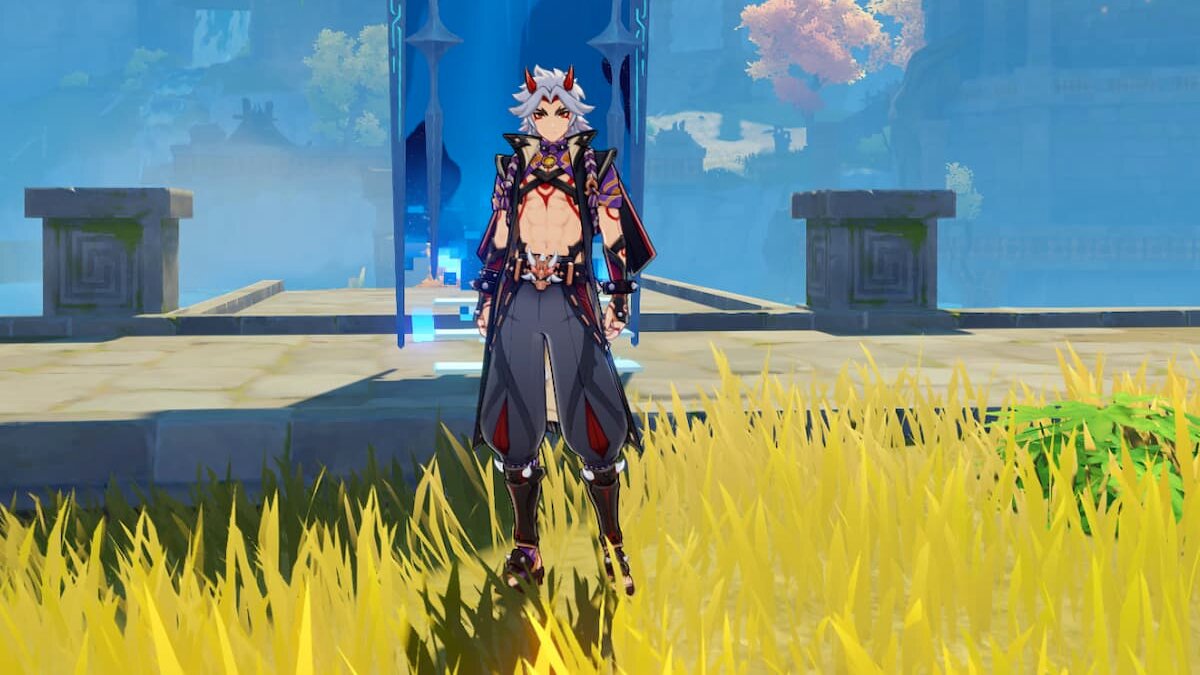 The Deceitful Domains are a challenging new fight for players to try out in Genshin Impact as a part of the Energy Amplifier Fruition event. This domain allows you to face a wave of enemies, and adjust the difficulty of the fight. The harder the fight is, the more points you get to cash out for rewards.

To unlock the second part of Deceitful Domains, you have to first clear Act 2 of the Energy Amplifier Fruition event. Clear that event, and the Where Bloodhounds Gather portion of the Deceitful Domains will unlock automatically.

Each Deceitful Domain will have a Leyline Disorder that enhances the fight with buffs and debuffs. Here is the Leyline Disorder and the list of enemies for the Where Bloodhounds Gather Domain.

Before entering a domain, click the Energy Amplifier button on the bottom left to add Fruit Cores and Fruit Splinters. These ores will provide passive buffs to you throughout each domain. Each ore will use a certain amount of Motive Force, which can limit how many ores you have equipped at the same time.

Each domain also has a first-time clear bonus of 60 Primogems. This can be claimed with any difficulty, so if you aren’t interested in the higher rewards for clearing this challenge on Expert mode, note you will still get the Primogems.

Note, you need at least 4,000 points per domain to receive all of the possible rewards. Only participate in the highest difficulty for the challenge, as it’s unnecessary otherwise.

There are four possible difficulties that can increase the amounts of points you gain: Easy, Normal, Hard, and Expert. You can also get more points by adding debuffs to your characters, which makes the fight even harder.

Here are all of the debuffs for today’s domain:

This domain fight is a little shorter than the last domain, with only seven enemies to fight. Despite the lower number of opponents, this fight can be just as hard, if not more so than the last. The first wave will spawn a horde of Thundercraven Rifthounds and Thunder Craven Rifthound Whelps.

The second wave will then spawn some Rifthound Whelps, along with Thundercraven and Rockfond Rifthound. This means there’s tons of health decay with the opponent’s ability to apply stacks of bleed. If you get hit by any attack, whether you are shielded or not, you will be afflicted with an ailment that drains your HP over time.

Try to keep your distance from the enemies while attacking, as, on higher difficulties, one strike from any of these enemies can prove fatal. It’s a good idea to bring a good healer, like Kokomi, Qiqi, or Jean. However, healers like Bennett and Diona should still suffice.