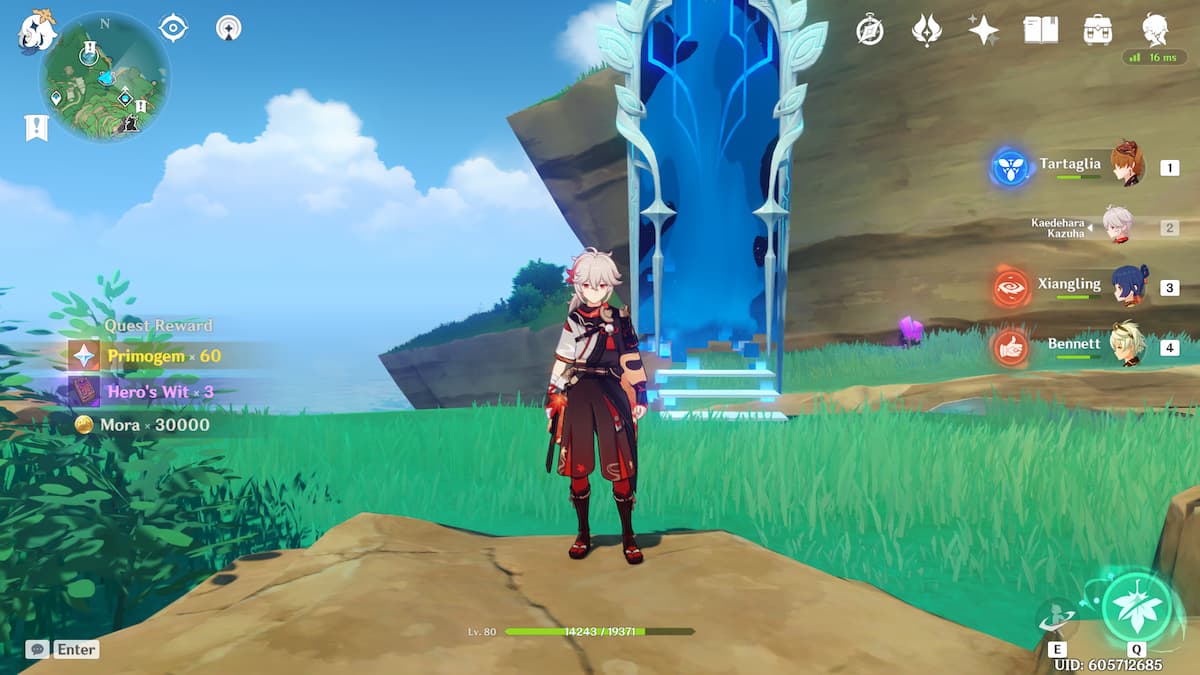 The Labyrinth Warriors event has started in Genshin Impact, which brings a unique roguelike element to the game. The event begins with a quest to introduce the event’s story, even featuring the underutilized character Xinyan from Liyue.

To start the quest, talk to Katheryne in the Inazuma Adventurer’s Guild. She will direct you to the Tenryou Commission where Xinyan waits. You’ll have to assist her in a series of negotiations to assist with her travel permit.

You’ll find out that the Tenryou Commission is dealing with some serious affairs. Kujou Sara tells you that a nameless Domain has appeared in the Araumi region. First, you’ll have to head to a camp to tend to a wounded soldier, found in the map below.

Heading to the domain, you’ll have to clear a couple of waves of Hillichurls. After doing so, a piece of paper shaped like a samurai will appear on the ground. You’ll find out that the paper is a Shikigami named Shiki Taishou, the overseer of the domain.

After some talking, and a musical performance from Xinyan, you’ll be able to enter the domain, called the Mystic Onmyou Chamber. Clear it once to finish the quest. Doing so will reward you with 60 Primogems and other rewards.

In the domain, you can utilize Shiki Taishou and use his charm magic to assist you in battle. This charm magic is known as Shikifuda, which you can select before entering the domain. You’ll have to go through two floors of the roguelike domain to clear the quest.