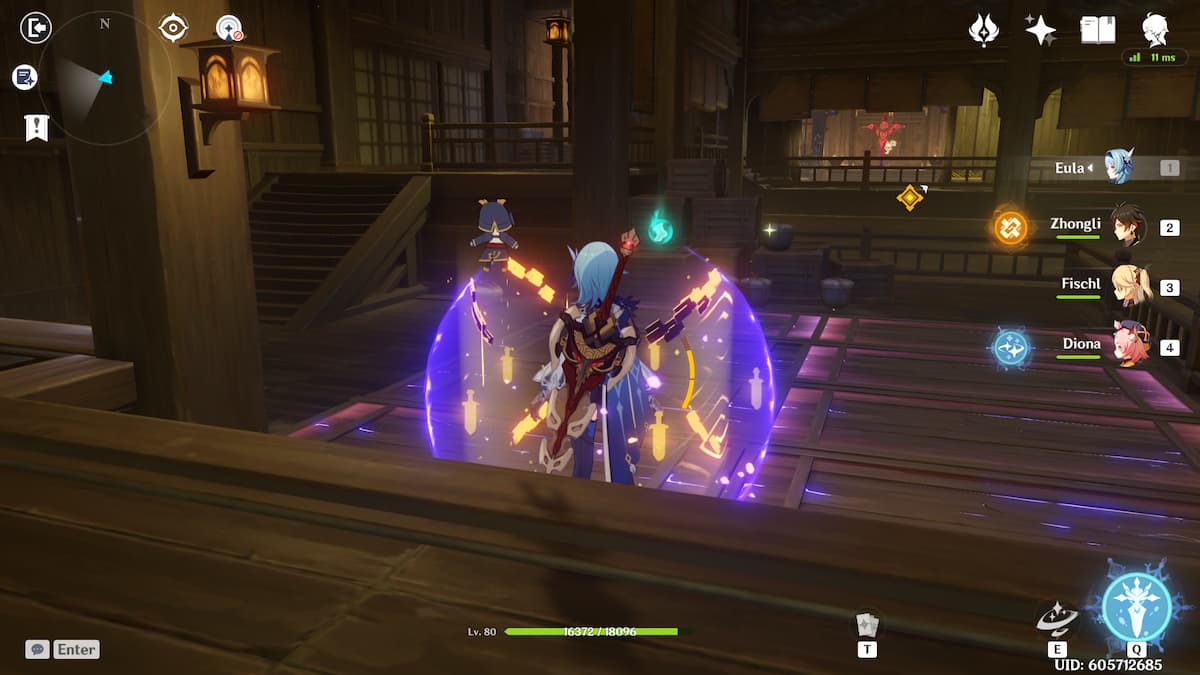 The Labyrinth Warriors event sends you in a long spiraling dungeon, with the chance to gain buffs for your characters similar to a roguelike game. These dungeons can be filled with difficult fights, but there are several rewards to gain by doing so. The second stage is even bigger than the first stage, with new room layouts and new mechanics to learn.

Like the first stage, the trial is run with two teams: one active party and one backup party. The active party is the party you spawn with, while the backup party can be swapped out once you reach certain zones on the map. There are some difficult portions at this stage, particularly with the first boss which can be time-consuming.

With the second stage, a new set of Charm Magic abilities have been unlocked. Be sure to check out which new charms you can upgrade using Damaged Replica. Once again, you can also equip various Shikifuda to help you on your run.

Like the last stage, there are three types of rooms with different sigils. One triggers a battle, allowing you to choose between difficulties, another provides a buff with a risk of grabbing a “Cursed Seal,” and the final room type allows you to heal or switch out your party.

During each run, you’ll have a variety of different tasks which provide rewards. You can earn Event Currency and Primogems by completing these tasks. Here are Stage 2’s trial objectives:

You can earn 1800 event currency at this stage.

A new combat mechanic was introduced for this stage as well. These Special Aegis Emplacement statues will taunt nearby opponents to attack them while charging up. Once fully charged, they’ll emit an AoE attack.

The first boss for this stage is a Cryo Hypostasis. This boss has no unique properties and functions similarly to the overworld version. However, be warned about the second stage. When you need to use charged attacks to roll ice blocks towards the Hypostasis, they can break from the Electro arrows firing periodically from the walls. Time your charged attacks correctly to avoid this.

The second boss consists of one Frostarm Lawachurl and two Cryo Abyss Mages. The Mages provide the Lawachrul with buffs while alive: Physical Resistance and Elemental Resistance by 10%, as well as restoring its HP every 12 seconds for 5%.

The third stage, the Vengeful Wood, will open on October 27.