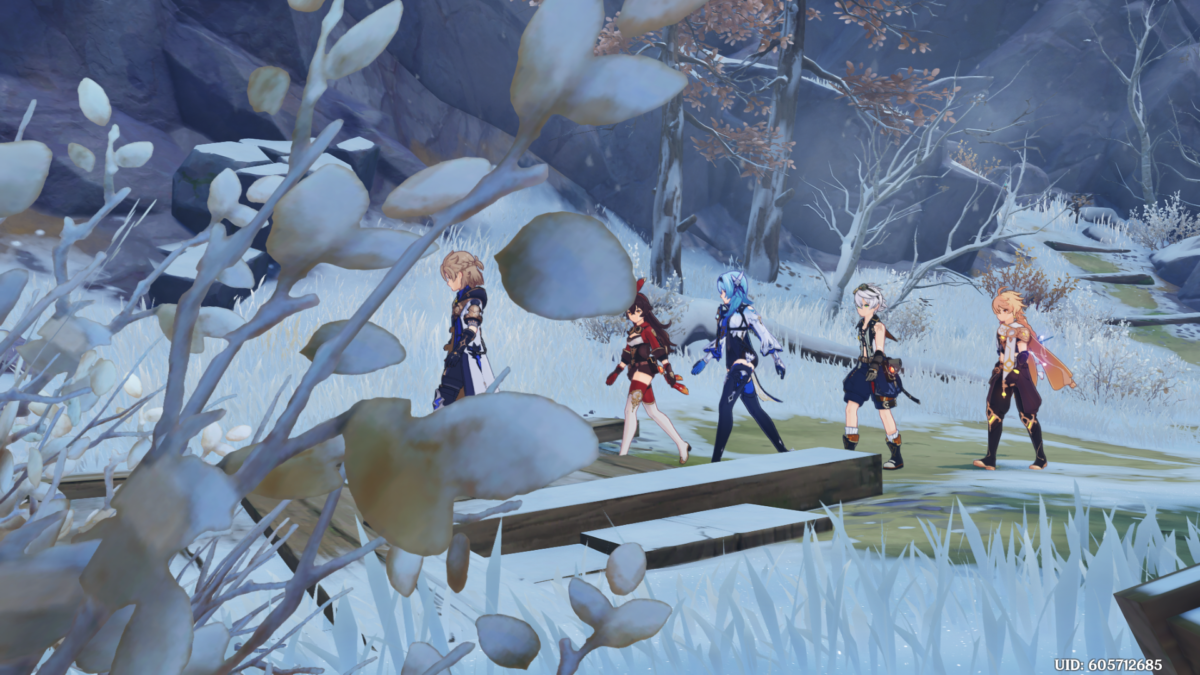 A brand new quest is now live for the newest Genshin Impact event, Lost in the Snow. This quest will continue the storyline of Albedo’s mysterious impostor as you track the being down while exploring Dragonspine.

Begin the quest by heading back to Albedo’s lab. After catching up, you’ll investigate a noise in the distance. You’ll find Eula, Bennett, and Amber have been caught up in some bad luck and stuck in an avalanche for a few days.

Recovering from this event, you’ll head back to Albedo’s campsite again and wait for the next day. You can change the time manually by heading to the menu, clicking the clock on the left, and adjusting the time to 18:00 the next day. Dinner will be ready, so light the campfire with a Pyro ability.

You’ll watch some fun cutscenes as the crew eats dinner. Paimon requests a painting, so head to the indicated location, where you’ll see another fun scene. Soon after, the day will advance, and a major avalanche will separate you into two parties: Albedo and Bennett in one, and the rest on another. The former falls off the cliffside, so head down to look for them.

You reunite with Bennett, but Albedo is acting strangely. As you walk alongside him, you’ll notice Albedo has changed. Realizing he’s the impostor, you and the original Albedo fight the impostor, who turns into its true form: an extremely mutated Cryo Whopperflower.