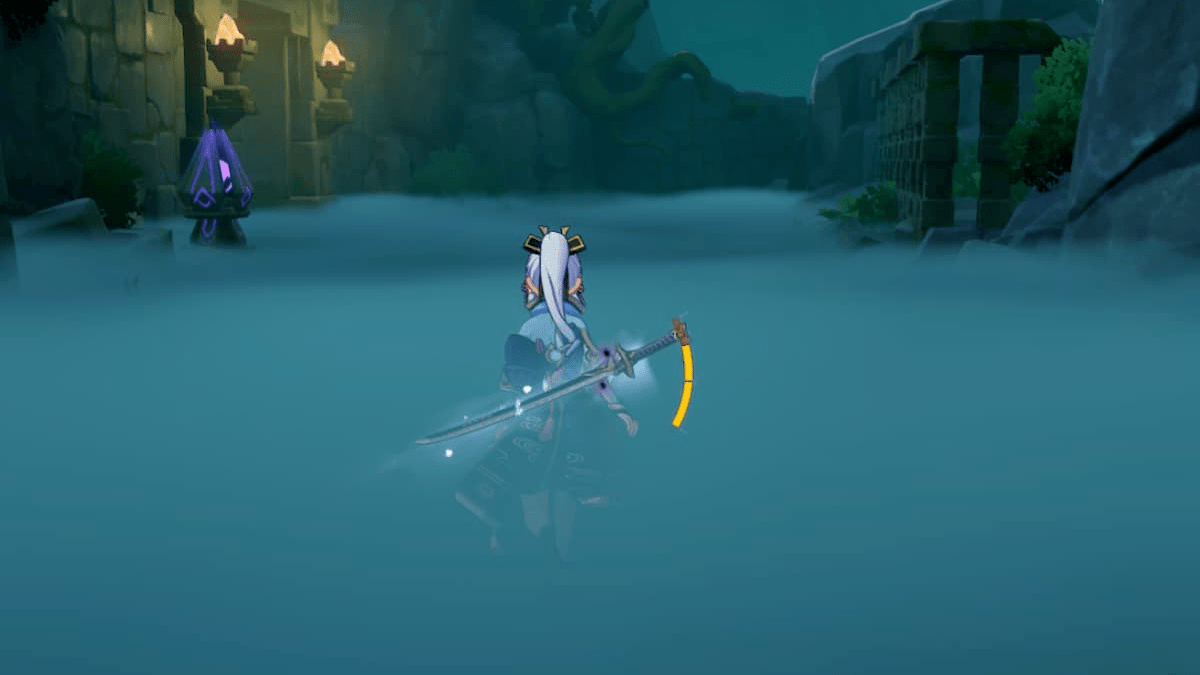 In the Misty Dungeon: Realm of Light dungeons, you can only use from a pre-selected group of characters. Different characters will arrive for separate trials. This is a fun way to try out some new characters you haven’t acquired yet. (Note: to match the power level of your characters, if you already own a character featured in the event, their constellation level will match yours.)

Here are the enemies you’ll face during the Windswept Trial:

These are the characters you can use in the Windswept Trial:

The first beacon you should go to is directly on your left. When you enter the first room and look west, you’ll see a beacon straight ahead. The fight consists of tons of Hydro Mimics, so Electro characters will do you well here. Finish the fight and head back to the starting room.

From the starting room, you can head east and just go straight down. You should come across the next beacon. The fight consists of some Whopperflowers, including Cryo and Electro ones. Once you beat the fight, leave the room from the north side.

Head straight down, and the last beacon will be on your left. Beat the fight, consisting of a Hydro Abyss Mage and some slimes. The game will then direct you to the final challenge after you defeat the enemies.

The final boss fight involves a group of Pyro, Cryo, and Hydro Abyss Mages. Utilize Elemental Reactions to destroy the shields quickly. Defeat the enemies, leave the domain, and you’ll be able to collect your rewards and proceed to the next challenge.