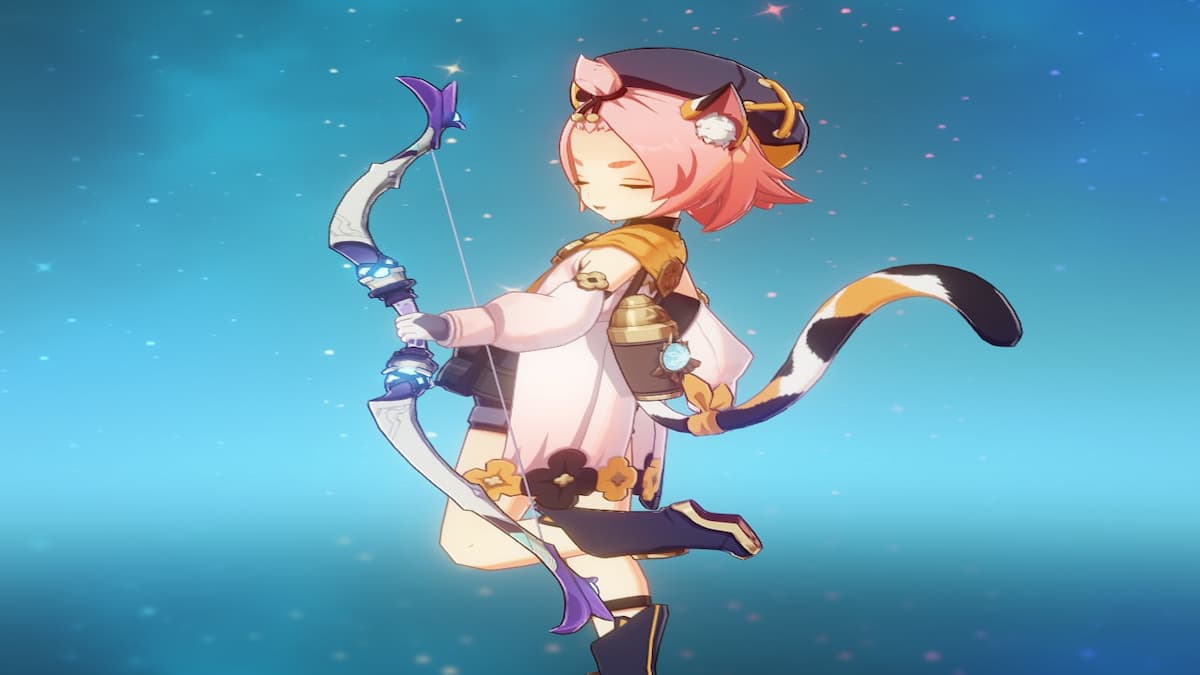 The Sacrificial Bow is a unique 4-star weapon, a part of the Sacrificial weapons line like Sacrificial Sword and Sacrificial Fragments. These weapons allow you to reset the cooldown of your Elemental Skill, which can be a valuable asset for characters you have long cooldowns.

Unfortunately, the number of support characters who have long cooldowns are limited in Genshin Impact. That being said, a couple of characters can take advantage of this weapon’s strong passive.

As a 4-star weapon, the Sacrificial Bow is obtainable from the Standard Banner, the Featured Banner, and the Weapon Banner. You can get this weapon at any time from all three banners, making this an attractive option for free-to-play or low-spending players. Occasionally, this weapon will have a rate-up on the weapons banner, so keep your eyes peeled if you need this weapon.

Is the Sacrificial Bow any good?

The Sacrificial Bow is a stellar option for a couple of characters, namely Diona and Kujou Sara. Diona has a long cooldown on her Elemental Skill and generates a lot of Cryo energy with it. Using it twice creates a ton of particles for your Cryo carry, which is why Diona is paired frequently with Cryo characters like Ganyu, Eula, or Ayaka.

Kujou Sara can use the Sacrificial Bow too to increase the uptime on her Attack buff, which is one of her better 4-star options. You could use the Alley Hunter instead, but the Sacrificial Bow allows her to gain more energy and buff her teammates faster.

Otherwise, there aren’t many other Bow characters who can utilize this weapon efficiently. But with a strong passive, it’ll likely be a great option for other support bow characters in the future.