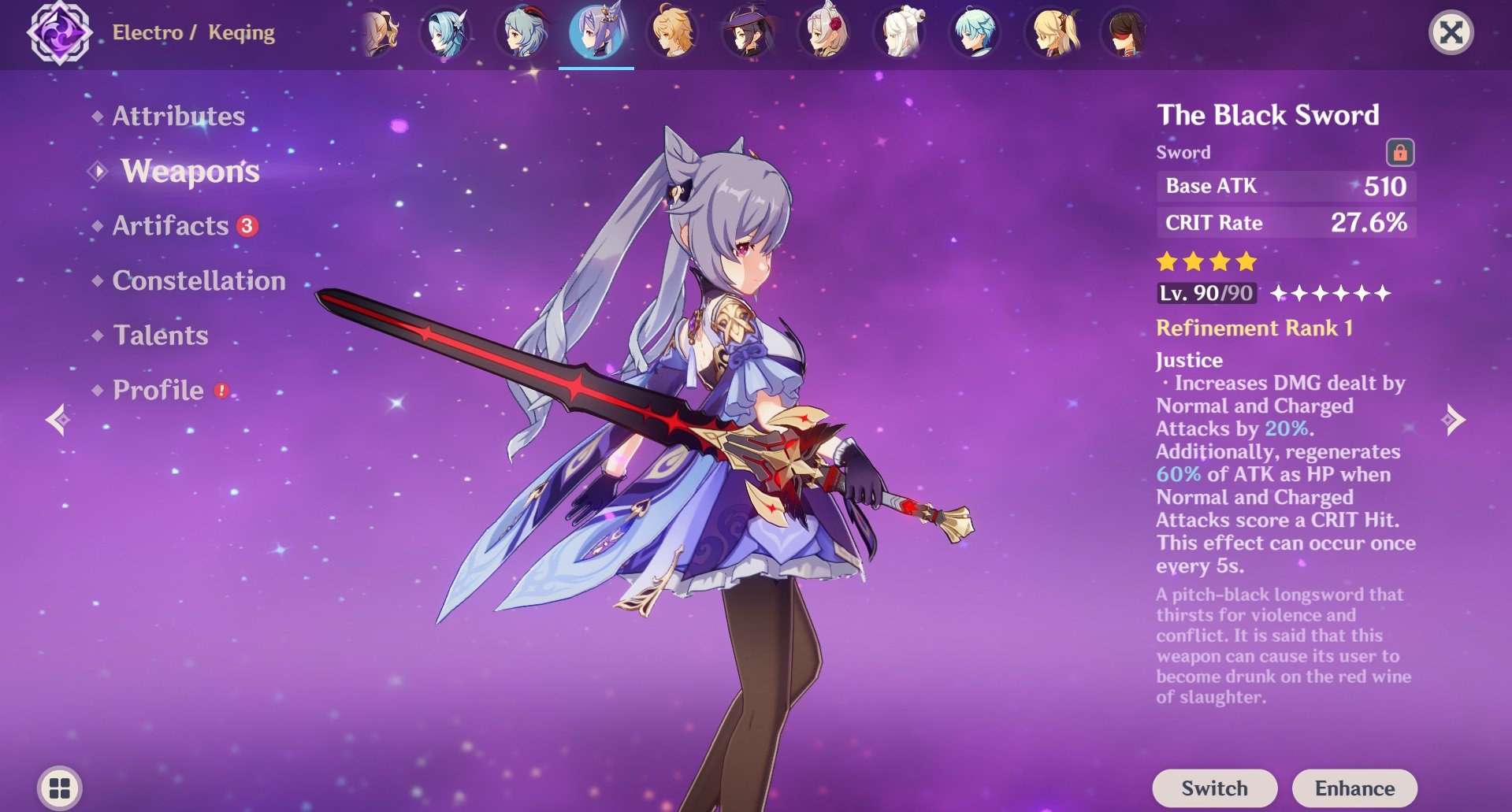 The Black Sword is a 4-star weapon in Genshin Impact that’s unfortunately only available to players who pay. More specifically, you’ll need to purchase the Battle Pass to unlock this weapon. The weapon is plenty strong for sword DPS characters like Keqing.

Is The Black Sword any good?

The Black Sword has lots of value for its passive and Crit Rate% stat, so it’s a fine weapon to build for characters who deal lots of damage. The amount of characters who want to use this weapon is actually pretty limited right now, though.

Cryo characters like Kaeya or Ayaka typically do not want to use The Black Sword, as they have tons of access to Crit Rate through the Cryo element and artifacts. Other sword characters like Bennett, Kazuha, or Xingqiu prefer Energy Recharge over Crit Rate.

As a result, the only character who wants this sword is Keqing. This is a great weapon for her, but until more sword characters are released, this weapon is actually quite limited.