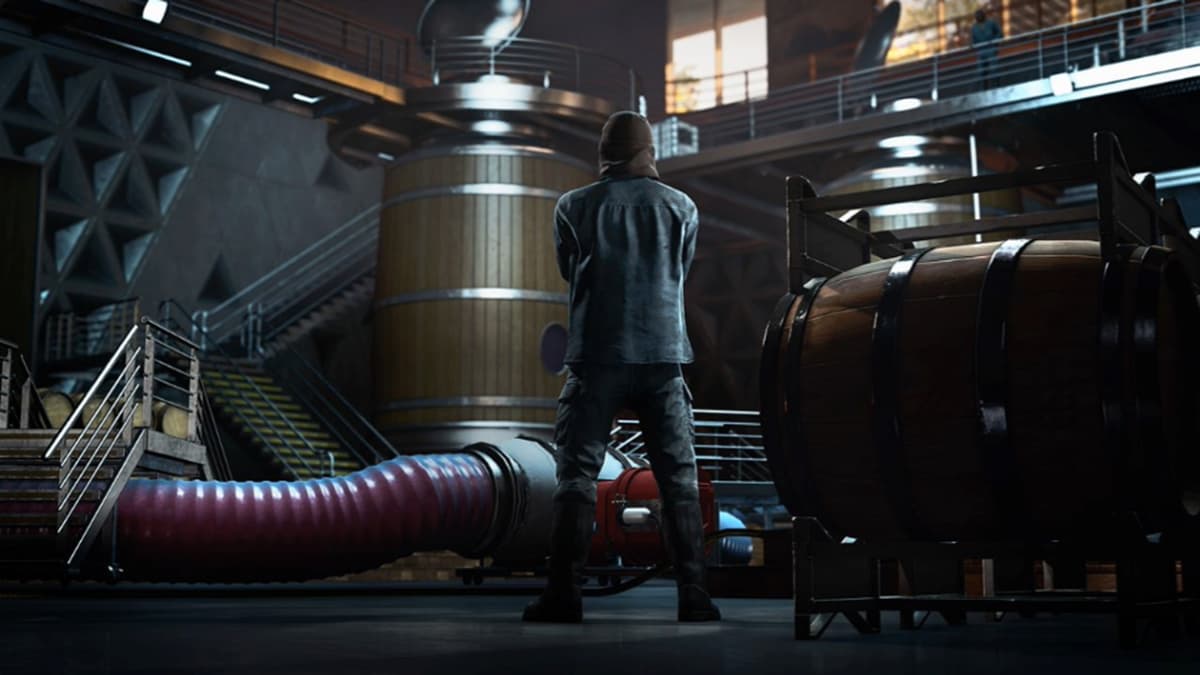 The World of Assassination trilogy for Hitman has primarily focused on Agent 47 infiltrating and eliminating the secret world society known as Providence. That storyline continues in Hitman 3, where there is an achievement for attending a secret Providence meeting in the Mendoza level. This achievement is tied to completing another mission in the level called The Tour, so check out our guide for that mission, then come back to this one. Here is how to complete the Closing Statement mission and earn the Evil Wine Club achievement.

Upon completing The Tour mission, Diana is led up to a meeting with the Providence members while Agent 47 is left behind. One of Don Yates’ men will walk to the right and order the sommelier to grab the rarest wine they have for the meeting. You need to steal the sommelier’s disguise, but first, you need to walk out of this room and grab a screwdriver if you do not already have one in your inventory. You can find one near the entrance of the factory sticking out of a barrel.

With the screwdriver in hand, return to the room you started the mission in and drop down into the small alcove on the right. There are a couple of different holes you can go down, but it doesn’t matter which you choose. Down here, there are panels you can open up with the screwdriver. Open one up and go inside.

Climb into the room that the sommelier is in, and he will be talking with a co-worker about the wine. Be sure to walk to a panel on the glass door wall and interact with it to darken the glass so no one outside sees you. Now you need to distract the two with something and attack them from the other side. If you do not have any items, you can grab the wine bottles in the middle of the room and throw them to distract and sneak up behind and knock each person out with them as well. Take the sommelier’s disguise. You need to input the code 1945 into the keypad so the laser grid goes down and you can grab the wine.

With the wine in hand, talk to the man who ordered the wine for Yates. He will start leading you up to the meeting. At one point, you will need to be frisked to enter. If you have illegal items on you, there is a trashcan around the corner you can dispose of them in.

At the meeting, place the wine bottle on the table and present it if you choose to do so. After you present it, the meeting will occur, and Diana will eventually be taken away by Yates’ men. You have ten minutes to rescue her. Walk to the area behind where Yates was standing, and you will find a door that you can unlock. At the top of the stairway in here are some guards, so be careful but try to take one of their disguises.

Now that you have the disguise, you want to find a way into the room where Diana is held. One guard will guard the staircase and start firing at you if he sees you, so we recommend going through the back of the house and climbing the pipes until you get into the attic.

In the attic are some weapons and items you can grab if you want, but we mainly want to kick the ladder down. It will drop you into a bathroom where one of the guards should be relieving himself. Subdue him and walk out the door, to enter the room with Diana. Remove the other two guards from commission and talk to her.

You will now be posing as one of her guards and waiting for the opportunity to take out Yates and his men. Sit in the chair, and eventually, he will arrive. When he gets close to Diana, she will stab him. Stand up and take out the two guards here before they shoot the two of you. When both guards are taken down, you can finish off Yates and hide the body in a chest.

If you followed the Tour guide we did before this one, you already have killed Tamara Vidal, so all that is left is for you to escape. In the room that you killed Yates in, Agent 47’s signature suit can be put on, which is odd, but whatever. When you put the suit on, the mission will complete, and the achievement will unlock. You need to sneak your way out of the house and down to the dance floor, where you can tango with Diane and end the mission.