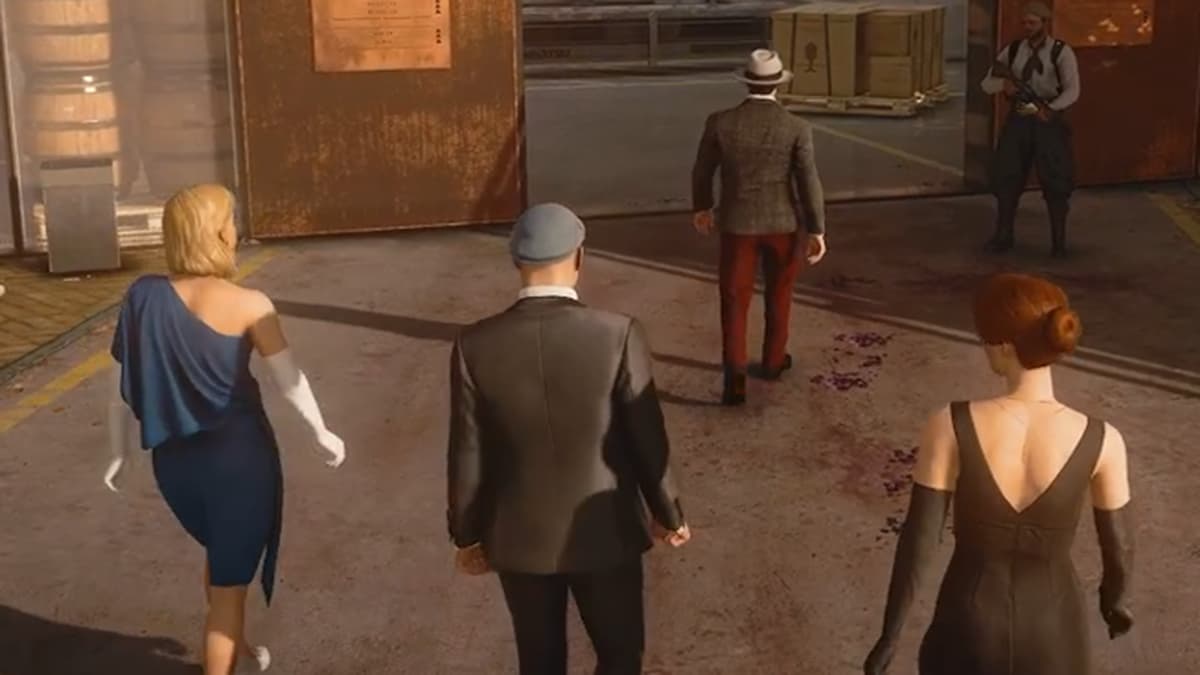 During the Mendoza, Argentina level of Hitman 3, Agent 47 needs to take down Diana’s competition for Constant of the secret society group Providence and a woman named Tamara Vidal, who is always nearby Diana and her guards. For the mission, The Tour, 47 infiltrates a wine factory tour to set Vidal up for her inevitable doom. Here is how to complete The Tour in Hitman 3.

After starting the level, you need to get into the party. You can do this by getting an invite from Diana or stealing the invite near the tree where the lawyer is at.

When you get in, walk into the building and follow the way to the right until you find two people discussing killing Diana and pinning the blame on 47. When they finish talking, you need to follow Corvo Black.

Black will immediately pull out his phone and begin talking to Don Yates, one of the targets for the contract. Black will walk up the stairs and stop. Be sure that he does not see you. When he gets off the phone, he will begin walking to the right on his own. Wait until he gets to the rail before you subdue him. Any sooner and you run a greater risk of someone seeing you. Dump him into the nearby flowers and steal his disguise.

After you are disguised, make your way to the main entrance and talk to the receptionist. He will tell you the tour is starting downstairs. Turn around and find a stairway that heads down. Do not use the stairs near inside the factory as you will be trespassing. When you get to the bottom, talk to Diana, and she will send you out to find the tour guide.

Now you need to sneak through the wine paths without being spotted until you find the tour guide. He is refusing to do the tour until he decides that the grapes are ready to be picked. His worker will walk off to find a knife when they finish talking, so you need to follow him and subdue him when he gets to his location. There is a chest behind him that you can hide the body in when you take his disguise.

Now you are disguised as a worker and need to pick three grapevines. Go to the shed and grab the knife you need, but be careful of the noticers. Jump over the rails on the left side to get the knife and use the same way to get out.

Staring towards the farm from the shed, you will need to go on the left side to find grapes ready for picking. There will be plenty of workers here that will out your disguise, so be careful which ones you grab. When you have three, go back to the guide and give him the grapes to have him do the tour.

After he goes back to the tour, be sure to get your Corvo Black disguise and join Diana. The tour will now begin, and the three of you will be led into the factory. After some discussion, Black will eventually ask if you have any questions. Talk with him, and you will be given a choice of four different questions you can ask. Each one will provide you with a way to kill Vidal, so choose whichever you want. Below will describe how to do it in each situation.

Do any of the above methods, and Diana will let the guide know that Vidal will not be returning to the tour. He will lead you into a final room that will end the mission and unlock a new one for you to follow called Closing Statement.