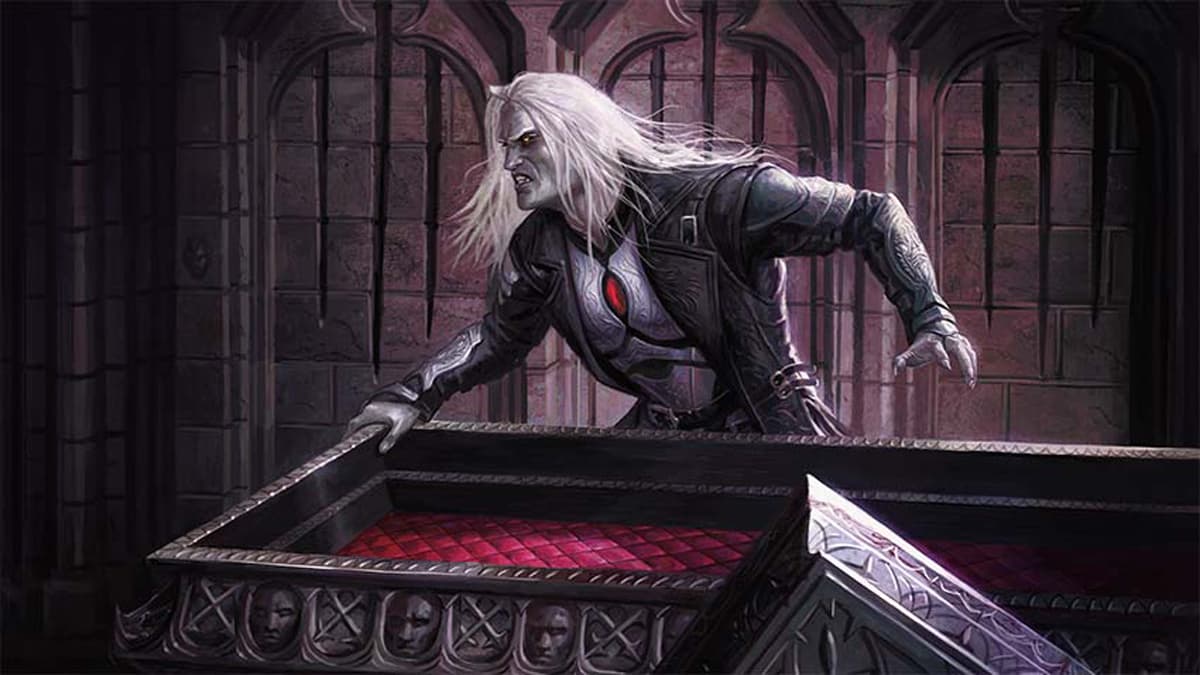 Magic: The Gathering’s Innistrad: Crimson Vow release introduces new card mechanics, including Cleave. It’s one of several new additions to MTG: Arena and is one of the more unique inclusions to the game. It fits in well with the overall gruesome theme of the card set by hashing and slashing away text to reveal alternative effects. For those new to the game or veterans of it, here’s how to use Cleave against other players.

Instant and Sorcery cards with Cleave have specific text you should pay close attention. Instead of choosing to pay the normal mana cost — noted on the top right of the card — you can pay an alternative cost found within the card text. Doing so will alter what the text says and, in doing so, can have a different outcome. For instance, the card Dig Up reads, “Search your library for a [basic land] card, [reveal it], put it into your hand, then shuffle.”

If you were to pay its normal mana cost of one Forest, the card text would remain the same. However, if you paid the alternative cost of one Colorless, two Swamp, and one Forest, the text in the brackets would vanish, leaving you with “Search your library for a card, put it into your hand, then shuffle.”

Cleave is a great mechanic for quickly increasing your stockpile of Land or finding an important card you need.