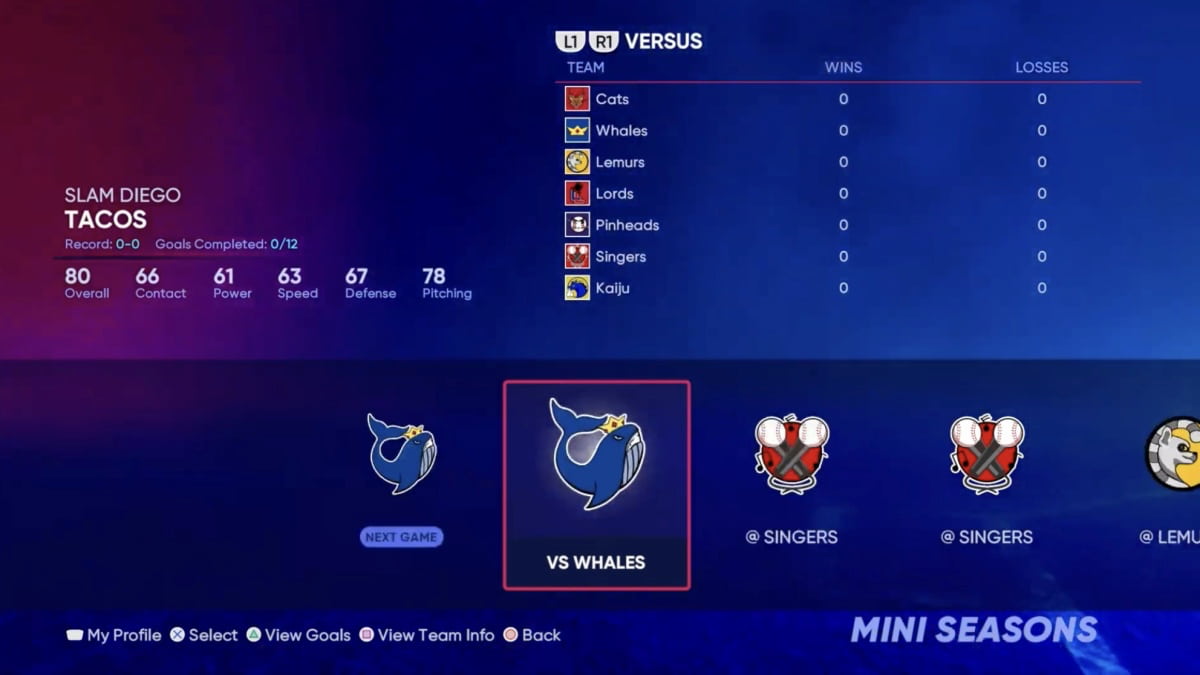 Those who enjoy Diamond Dynasty’s single-player modes will now see a brand-new Mini Seasons mode in MLB The Show 22. Similar to past installments’ Season-focused modes, players will be competing in a collection of games in order to fight for a World Series title. However, as it is in Diamond Dynasty, there are several twists as to how the season and league is constructed.

The single-player mode consists of 28-game seasons that your Diamond Dynasty team can progress through for exclusive cards, packs, and even XP. Though, the league you’ll be competing in is made of eight other teams that are all custom-made. So, you won’t be seeing any MLB teams here, but each team’s roster will mirror those made by other Diamond Dynasty players. So much so, if these Diamond Dynasty players change their line-up, so will the team it is based off of.

As for the end goal, the season will conclude with a four-team playoff with each of its rounds being played out with best-of-five series. Although it may appear that this playoff is just all for good fun, players who win the championship will be given 15 The Show Packs, 10,000 Stubs, and 5,000 XP — which is arguably better than winning The Commissioner’s Trophy, itself. As if that wasn’t enough, players can win the championship and earn these rewards as many times as they’d like.

Lastly, it also bears 11 other goals you can take part in during the 28-game season. For instance, one will task you to hit 10 home runs with All-Star Series players and results in a free Prospect Choice Pack upon completion. Some goals will be replaced with new ones about once a month, so you’ll need to act fast if you want specific rewards.

Related: All Faces of the Franchise Team Affinity players in MLB The Show 22