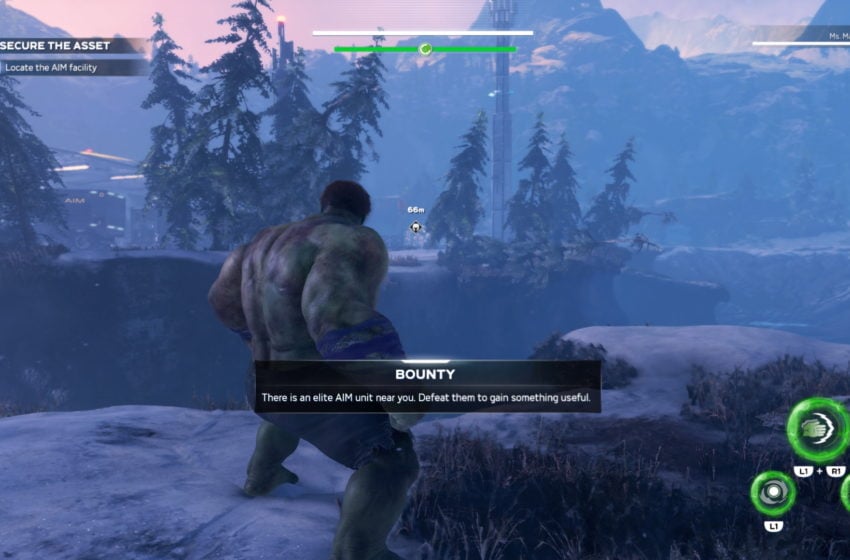 When progressing through a mission in Marvel’s Avengers, a bounty may pop up on your screen. A bounty is a random encounter with a powerful unit for that mission level. A bounty can occur on any level, and its strength depends on the mission level you’re doing, the overall difficulty, and how many players you have with you.

You can see the unit indicated by the icon of a gladiator helmet. When you make your to it, the unit won’t be one of the standard enemies you fight on the mission. It will have an array of special abilities equipped on it, and it will be much tougher to take down. It’d be a good idea to refer back to any of the mission modifiers to get an idea of what you’re up against what type of advantages it will like to have. For example, while on the snow mission, the elite unit had access to freezing our heroes, and any cryo-based attack it had was boosted, enhancing its damage.

You want to focus on taking it on using your hero’s strongest abilities, and typically having your more defensive players distract it. Any hero that focuses on damage will want to stay back, or wait until there’s an opportune moment for them to strike. The elite units also have several common enemies nearby, so it won’t be fighting alone.

After you take it down you receive the special loot from having taken it down. It usually consists of useful resources you can use to immediately power boost your gear, or a new gear piece to equip.