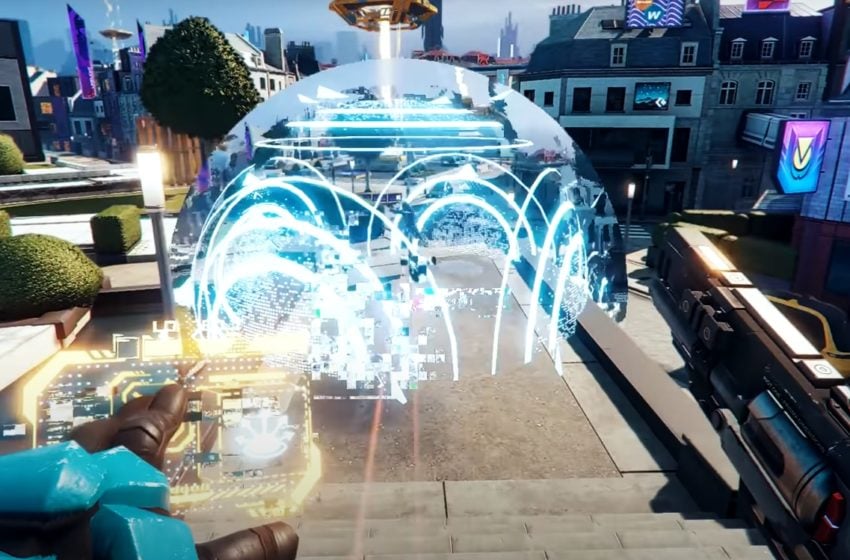 Shockwave is the 10th hack in Hyper Scape and the first one added to the game after the tech test concluded to make way for the open beta. This new hack adds a lot of utility to a player’s arsenal, as it can be used both for mobility and for offensive disruption.

Shockwave works similarly to Realm Royale‘s Concussion Grenade. When used, it creates a large AoE blast which deals minor damage (20 at base) and knocks affected players a large distance away from the center of the explosion. Unlike Concussion Grenade, Shockwave is not a projectile, so it requires a clear line of sight to land. At full ugprade level, Shockwave has slightly higher damage, and a 4 second cooldown, which is the lowest cooldown of any ability in Hyper Scape.

The best part about this new ability is that it affects everyone – including the user. If you cast Shockwave close to yourself, it will knock you away too, although it won’t do any damage to you. You will soon get used to using this as aerial propulsion, blasting Shockwave at your feet to launch high up in the air. If you follow this up with another movement ability, like Slam or Teleport, you can reach incredible heights instantly to set up some orbital bombardments with the Skybreaker.

We expect Shockwave will be among the “knockback-focused hacks” included in The Floor is Lava, one of the limited time game modes data-mined from Hyper Scape‘s files.