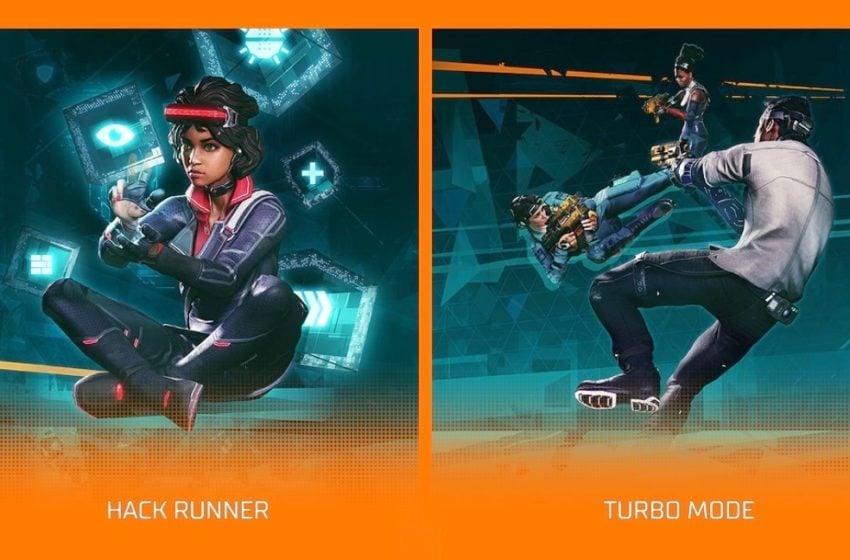 Hyper Scape is the most arcade-style battle royale released to date, and like a proper arcade, it also features a variety of game modes. Tech Test players have only experienced the tip of the iceberg of the game’s full roster of playlists. According to Reddit user MajSmartie, the game’s file structure currently contains a number of game modes besides the normal Squads queue and the Dark Haze solos queue.

Here is everything currently available for every Hyper Scape game mode revealed so far, but keep in mind that this is datamined information and may not come to the final product in this form, or at all. With the exception of Dark Haze, Ubisoft has not confirmed these game modes yet, and although the assets and descriptions shown seem very convincing, it’s possible these modes are either not real or are scrapped content.

Dark Haze is the first Solos queue available in Hyper Scape. It takes place in a gloomier version of Neo Arcadia that’s covered by a thick shroud of fog. The selection of available weapons and hacks is limited, and winning takes different tactics.

Gun Runner is just standard Hyper Scape, but with randomized weapons — everyone gets the same pair of two random guns every round, and they are automatically upgraded over time. Since everyone’s using the same tools, individual skill will really shine in this mode.

This mode takes the rules of the Gun Runner mode and applies them to the hacks instead. Every player will get the same random hack each round.

This mode has only one twist over the standard Hyper Scape queue, but it’s a pretty big one: the Crown spawns at the start of the match. That means that one lucky player might be able to end the game almost immediately.

Faction War changes Hyper Scape from a regular battle royale to more of a 4-way war game. Lobbies will be divided into 4 factions, with each one spawning in its own corner of the map. This mode sounds an awful lot like Call of Duty: Warzone‘s failed Rumble mode, so let’s hope it does better than Warzone did with the concept.

Ubisoft clearly understands that the slow, strategic pacing of regular Hyper Scape is not for everyone, which is why they designed Turbo Mode. Jokes aside, this mode is all about ending things fast: All weapons are picked up at maximum upgrade level, and map sectors collapse sooner. To partly compensate for the frenetic nature of this mode, all players regenerate health faster.

The Floor is Lava

Yep, it’s exactly what you think it is. The ground can kill you in this mode, so you have to use mobility and terrain to stay aloft and try to survive. To make things harder, this mode is focused on using knock-back weapons and hacks, like the Komodo.