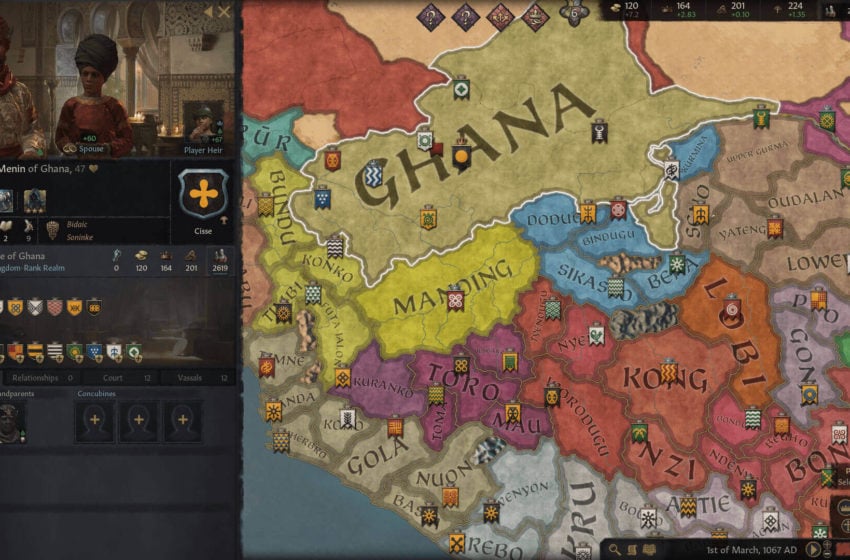 Your Crusader Kings 3 journey places you behind the perspective of an iconic leader, or a notable character who starts out with a role among other political figures. It is your goal to work your way to the top, obtain land, expand it, have it prosper, and keep it going to earn the most points at the end of your campaign. A way to ensure you can see it flourish and become stronger is passing it on your children and your children’s children, representing your dynasty. When this dynasty breaks before the game finishes, you receive your renown score and you have to start a new campaign. Your renown score comes from your prestige points.

To build a dynasty that can endure the test of time, war, and economic downturn, you want to think about who you choose to marry. Having a successful marriage is essential, and the term successful is different in Crusader Kings 3. A good marriage creates a powerful alliance between you and another kingdom, not if you genuinely love your spouse. It’s all about how much you hope to gain from having a marriage, and how much it supports your future. The younger your spouse, the more offspring she can give you, so you may choose the best of them to overtake you when your character passes away.

You can use your marriage’s alliance to call them to aid you during times of turmoil, such as when you’re being attacked by a neighboring kingdom. In turn, though, it does mean you have to come to their aid should they ask for your assistance. While picking a marriage from a powerful, expansive nation might look good idea, it’s a short term benefit. You might be better off picking to marry someone from a nation about the equal size to yours and close to you.

When you die your children receive your renown score, which comes from your character’s prestige. Prestige is determined by the land you own, your personality, your actions, and the titles your character has. It’s an overall score that will go up and down throughout your campaign, and you use it as a currency for specific actions, like pressing claims to a nearby kingdom, allowing you to claim it in a war.

As time goes by and your dynasty expands, your children may create cadet branches in your dynasty, which are houses. These different houses are headed by your children, but your house must have the most power and the largest army to control a dynasty.

The more houses you have in a dynasty, means more chances of infighting, potentially tearing things apart. You have to keep things under control to guide your dynasty through the ages, and it’s expected you may have to fight against your family members to ensure your primary character remains in power.