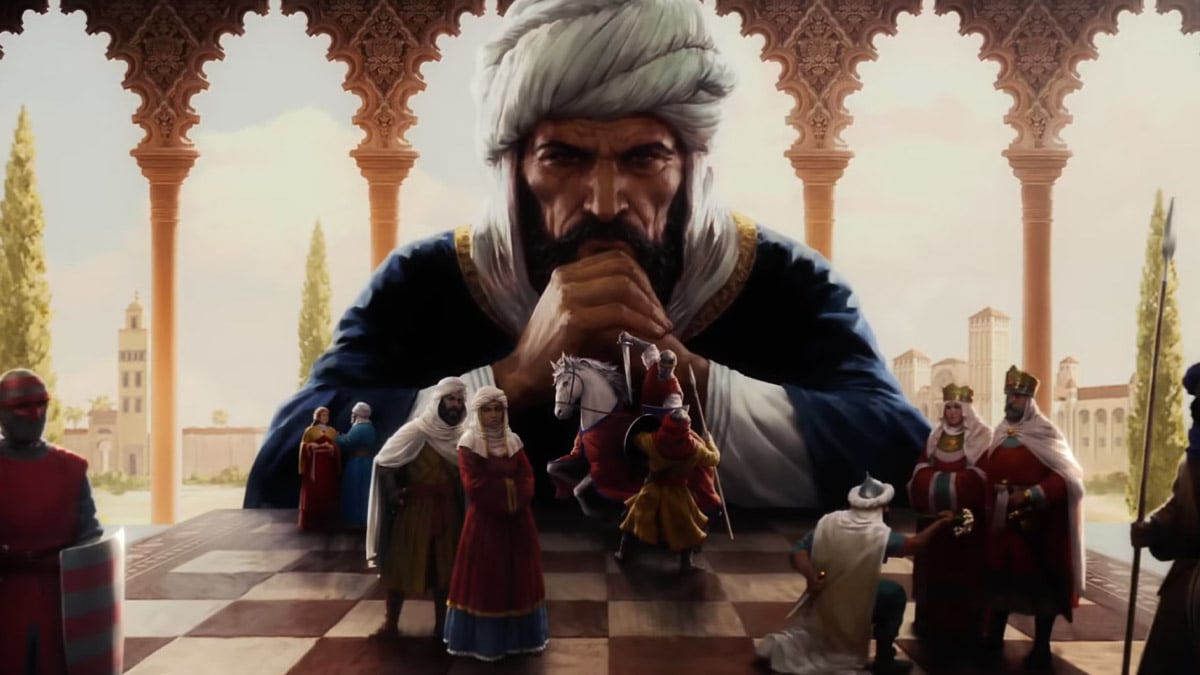 Paradox Interactive has been busy with Crusader Kings III. The historical narrative game got a console release in March, and it sold two million copies before those PlayStation 5 and Xbox Series X/S versions even launched. Next up, Fate of Iberia.

That’s the name of the game’s next flavor pack. As explained in a new dev diary, the pack provides a “good opportunity to bring more flavor for both the Christians and Muslims” in the region. A new “Struggle” system focuses on the Iberian rulers, and you’ll have to decide between a peaceful resolution with them or a conquest of the peninsula. New events, art, and music accompany Struggle and its permutations, which run from 867 through 1066. More details about that will come in the next dev diary. For now, you can get a taste of the new flavor pack with Fate of Iberia’s announcement trailer.

Fate of Iberia will release on Tuesday, May 31, and it’s listed at $6.99 USD / £5.19 on Steam. It’s also included in the game’s Expansion Pass and Royal Edition. Those who don’t want to spend money at all can still experience a snippet of the new content though. A bookmark for the year 867 will be available for everyone, giving you a snapshot of the Christian and Muslim kingdoms and their accompanying rulers.