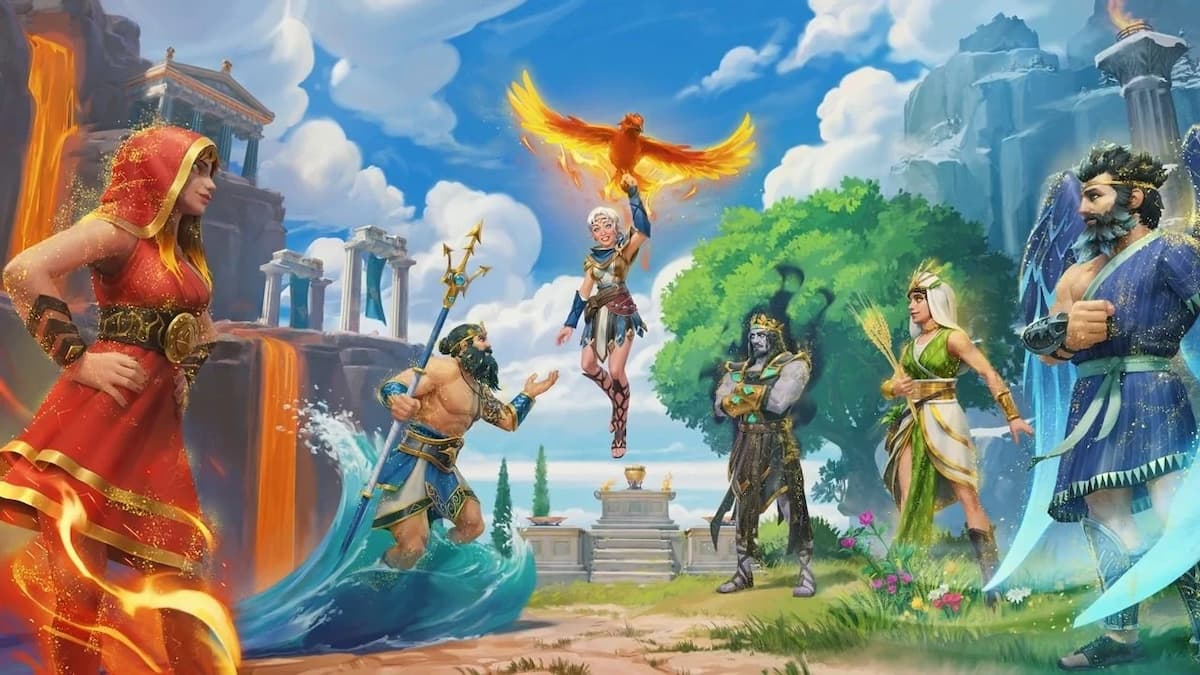 To progress the Fire It Up! quest in Immortals Fenyx Rising: The Lost Gods, players will need to find a burning ember at the top of Hestia’s volcano. This will be their first real introduction to one of the biggest villains in the game, the camera angle.

The top down nature of the camera means that players cannot scan their surroundings as well as in the base game, and it can make figuring out where to go a little difficult at times.

Getting to the top of Hestia’s volcano is one such moment in the game. Players will find themselves standing in front of a large set of doors with a massive, smoking rock in front of them. To the right is a bronze block that they can push. Push this all the way to the right, then jump on top of it, and use it to jump to a ledge on the far side of the magma flow.

Now, jump between the ledges to get to the top, and follow the path formed by the floating lumps of rocks. At the end, you will find the burning ember. Pick it up, then make your way back to the altar to request a miracle that will repair Daidalos’ machines.

You may need to pick up some other resources to do this, such as rough diamonds that can be found in small clusters of rock spread through the game world.