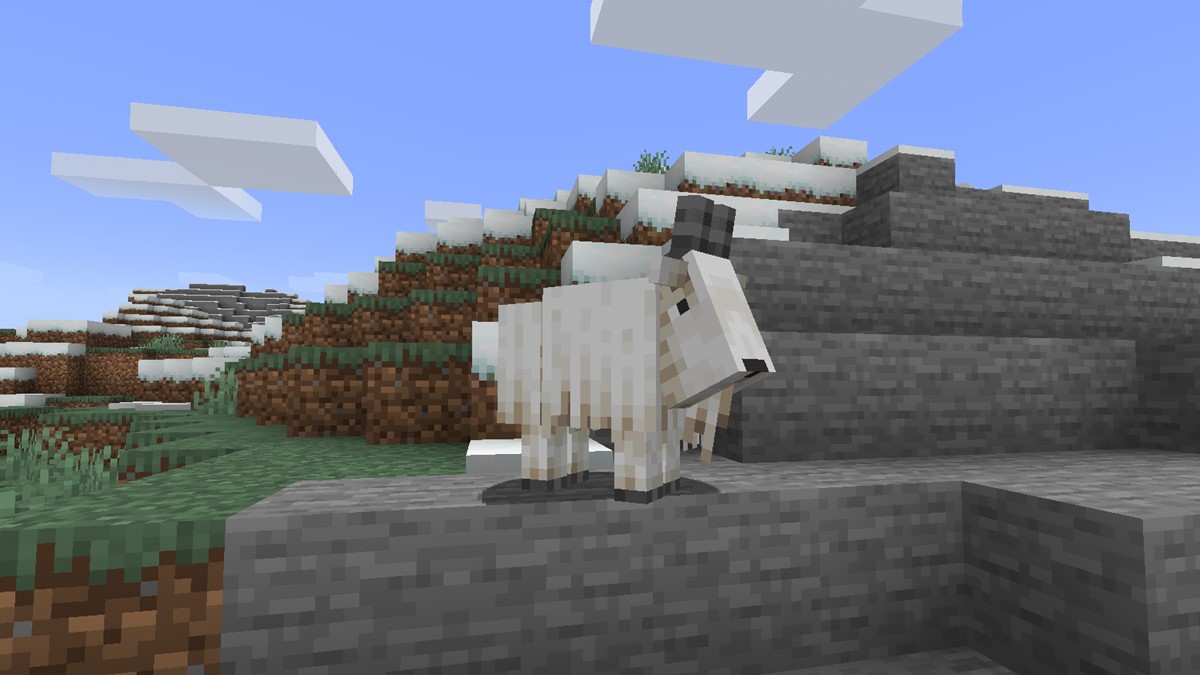 Minecraft has a lot of different mobs and entities that make up the wildlife of its whimsical world, and the newest mob in the game has finally arrived. Goats are a brand-new passive mob similar to Cows, Pigs and Sheep that will be coming to the Caves & Cliffs major update later this year. That said, they have now made their debut in the base game via Minecraft Snapshot 21w13a for Java Edition.

Goats are different from the other mentioned passive mobs in a few ways, one of them being that you can only find Goats in Mountain biomes. You can read more about how to locate them here. Goats also have the ability to jump incredibly high, giving them the ability to climbs, scale and traverse the wonderful snowy mountain peaks that they call home. They will even sometimes kick or attack other passive mobs, like cows, but they will never attack the player.

Related: Where to find goats in the Minecraft Caves & Cliffs update

Similar to other passive mobs, they can be bred and made to follow the player. Like Cows and Sheep, their food of choice to make this happen is Wheat. Additionally, similar to Cows, Goats can be milked. Goat milk is not a separate item and will be categorized as Milk, the same as from a Cow, there is no discernable difference once the item is retrieved via a bucket.