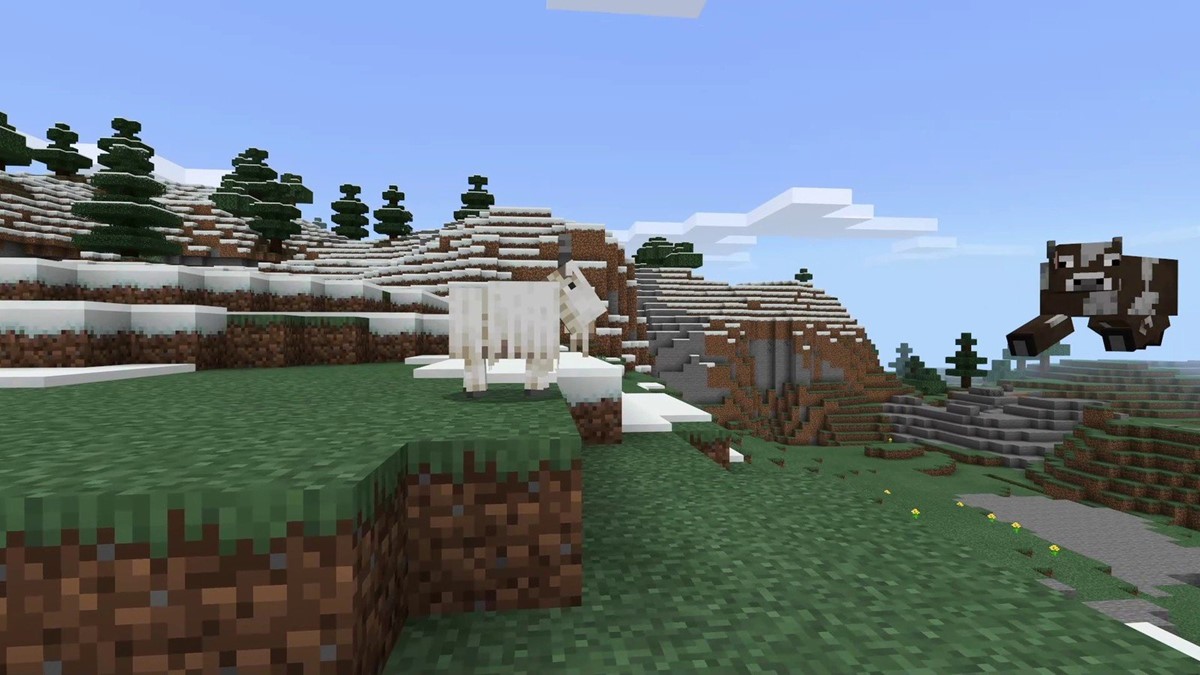 In the Minecraft Caves & Cliffs update, a lot of the buzz has been about the caves, but the cliffs are important too. While the livestream about the update covered the caves more in-depth, one major addition above the ground is goats.

Goats are a new mob that, like the axolotls, are passive to you, but may attack other mobs around it. There are both adult and baby versions that will most likely have similar breeding mechanics to other passive animals like cows and sheep.

Where to find goats

These goats are first and foremost mountain goats. You will find them at high altitudes in mountain biomes, usually towards the point where there may be some snow generation, including the newly added powdered snow.

It’s also a good indicator that you may be near some goats if you are on a mountain and see raw steak, pork chops, mutton, or leather, as the mobs they belonged to were likely taken down by a charging goat.

Goats can jump high in the air as well, so they may be easy to spot from a distance if you are at an equal or higher altitude to them. They are the same size as sheep, pigs, and cows, but due to their white color, they may at times blend into their snowy backgrounds, so keep a vigilant eye out.