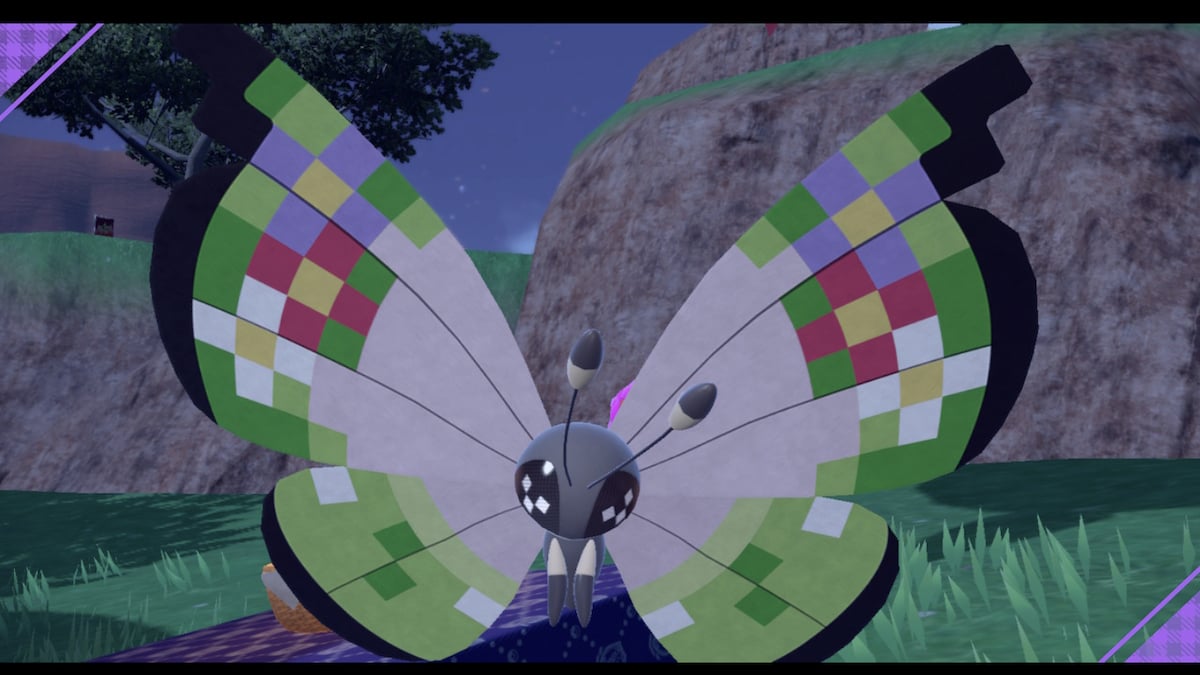 Debuting in Pokémon X & Y, Vivillon is a dual flying/bug type that can take on different forms/appearances. These forms don’t have any noticeable difference in gameplay, as they are all ascetic. The only thing that changes is the color of its wings. For Pokémon veterans, you may have noticed that Vivillion has not appeared since X & Y, which is why it’s a big deal for fans of the Pokémon. But how many of its forms made it to Scarlet & Violet?

All Vivillon forms in Pokémon Scarlet and Violet

The sad truth is that Vivillon only has one form in Scarlet & Violet, and that’s its fancy form. Even if you were to catch multiple Scatterbug or Spewpa and evolve them into Vivillon, they would still only be the fancy form. Vivillon is found in multiple regions of the map, including the South Province area six, the Northern Province area one, two, and three, Tagtree Thicket, and in the East Palean Sea. Suppose you want to evolve your Scatterbug into a Vivillon eventually. In that case, you’ll need to level it to level nine, so it evolves into Spewpa, and then level Spewpa to level twelve, so it evolves to Vivillon. It’s another example of bug Pokémon evolving at a low level.

Related: Where to find Scatterbug in Pokémon Scarlet and Violet

Vivillon originally had twenty different forms that existed but are since absent in this generation of Pokémon. Funnily enough, back in Pokémon X & Y, Vivillon’s fancy form was only available through an in-game event. Its Pokdex entry from Scarlet reads, “The patterns on this Pokémon depend on the climate and topography of the land it was born in. This form is from a mysterious land.”

If you want a Vivillon on your team, its stats aren’t anything to write home about. With a base attack of fifty special attack of ninety, and speed of ninety, it will not be your team’s heavy hitter.