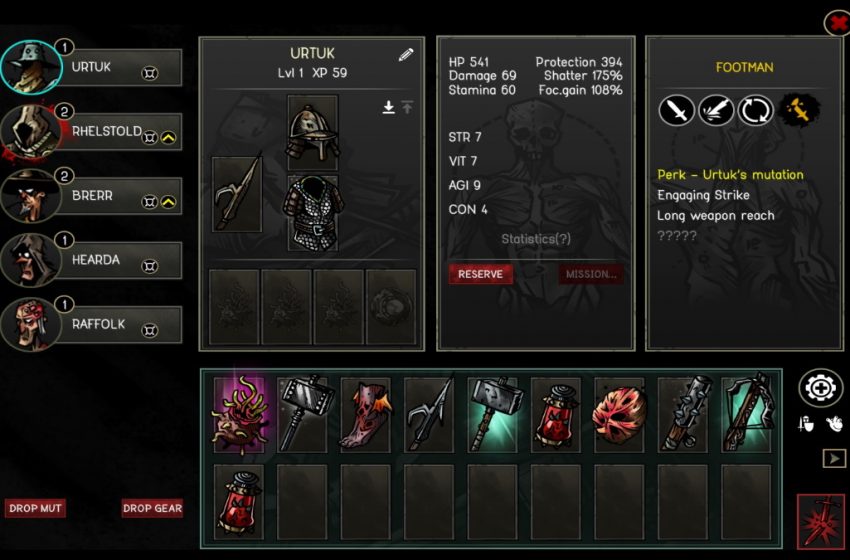 In Urtuk: The Desolation, you travel the land attempting to survive the ravaged world, encountering troublesome bandits, bounty hunters, grotesque monsters, and much more. Following the end of a battle, you have the opportunity to extract mutations from your enemies and use them on your party members to enhance their attributes. You need to extract them after the fight and then decided how to use them.

After extracting the mutations from the battle, you want to go into the party menu located on the upper right. Click here, and then choose the party member you wish to hold the mutation. Each party member can carry three different mutations and a focus ability. These mutations have a notable quirk that enhances the character, and some of them have disadvantages. For example, a mutation can give a character the stalwart trait, making them immune to pushing, pulling, grabbing, or bashing abilities from enemies. However, it decreases their maximum health by a certain amount. You need to think about how many you want to place each character because the more you put on, the more negative effects they endure.

You unlock more mutator items by engaging creatures, assisting wanderers you meet, and jumping into encounters. You don’t want to extract every mutator item you enough, though. The more you acquire, the less life essence you have to use to extract the ones the rarer ones.