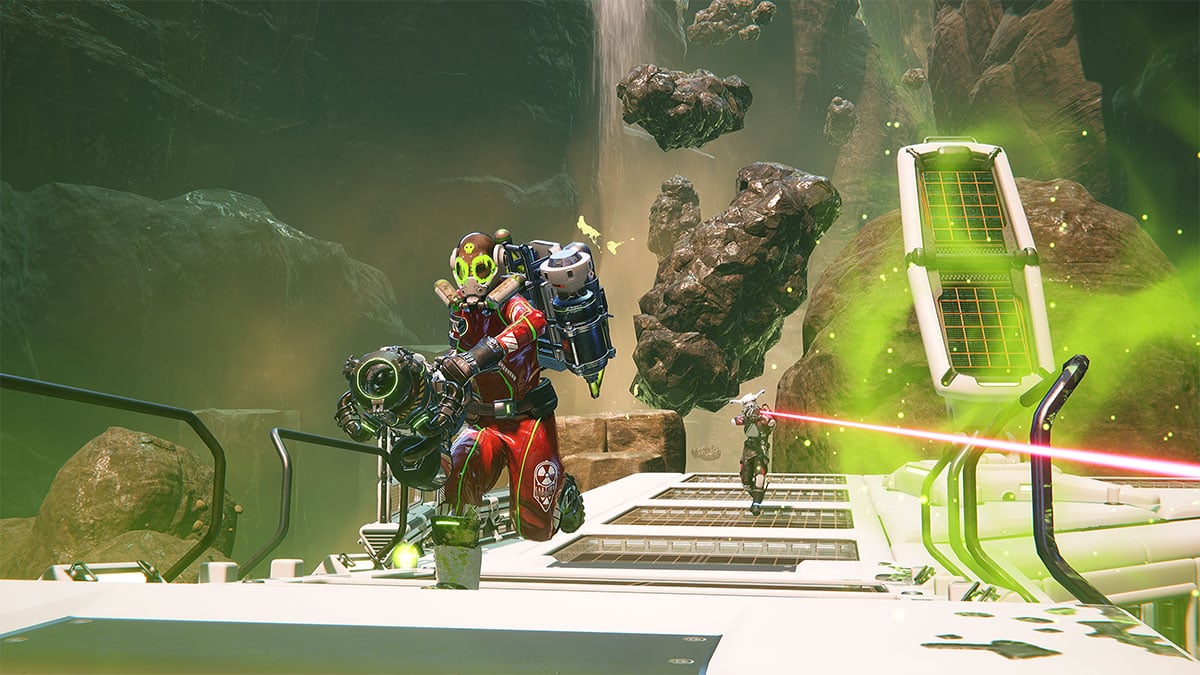 Lemnis Gate offers both online and offline modes to all players. If you’re unable to connect to the internet or want to play with a friend in the same room, the game can facilitate that. However, it’s not exactly clear how this works before you try it for yourself. This article explains exactly how Offline Play works and how you can get set up and ready to play with your friends and family.

Offline Play in Lemnis Gate works differently from other shooters. You can’t play against AI bots, but you can play against either yourself or your friends. All game modes are available offline, so whether you want to play a quick 1v1 or a lengthy 2v2 team match, you can do so.

The most important thing to do is select Offline Play at the bottom of the screen once you’ve hit the Play button on the main menu — now you can set a match up as normal. The only thing you won’t need to do is wait to be matched up with other players. The real change comes when you’re in the match.

Once the game is live, you’ll need to split yourselves according to each turn in a match. For example, if you’re playing a 1v1 match, Player 1, which is blue, will go first, followed by Player 2, which is red. Player 1 can pick a character and act out a time loop. Once they’re finished, they need to hand the controller over to Player 2 so that they can do the same. You’ll swap the controller between you until all turns are complete.

In a 2v2 match, you’ll need to split yourselves into two teams and decide which one of you is Player 1 and Player 2 within those teams. That way, you can follow the in-game instructions that tell you which player’s turn is currently active.

It works just the same as any online match. However, tracking which player is currently active can be confusing when you’re all playing on the same screen. Follow our advice here, and you’ll have no trouble creating insane time loops together with others.