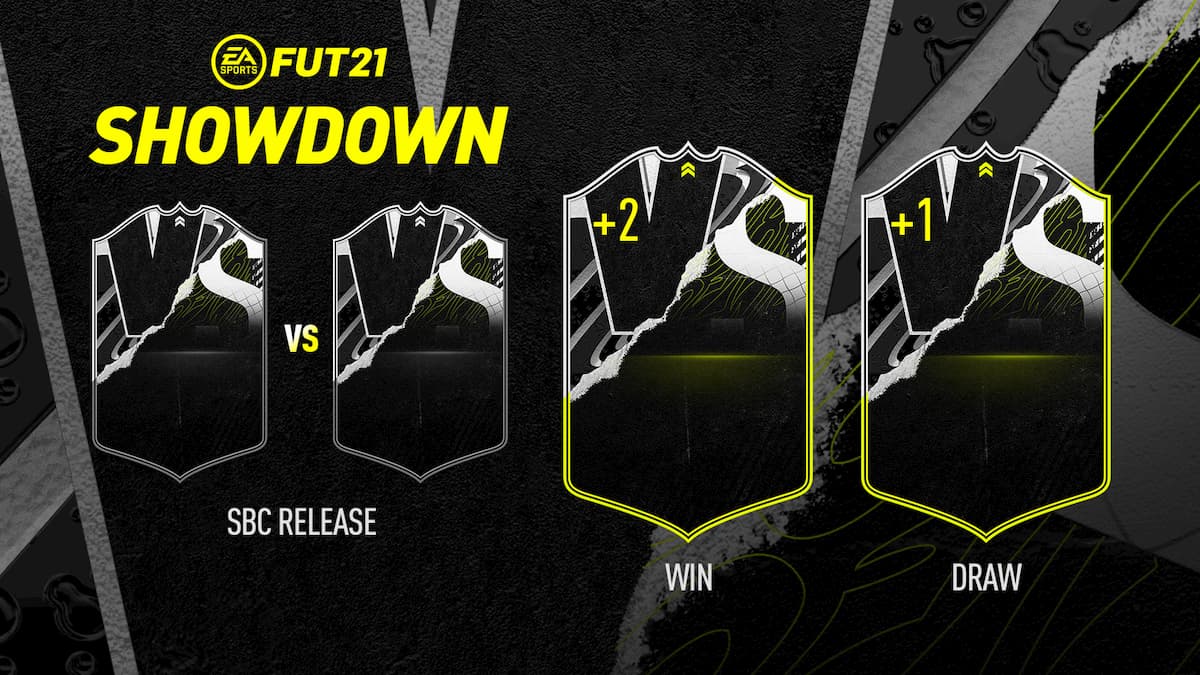 How Showdown SBCs work in FIFA 21

Showdown Squad Building Challenges first went live in FIFA 20 during the summer of 2020, just a few months before the launch of FIFA 21. They were rumored to be coming back to FIFA 21 during the week of Christmas, when FIFA dataminer FUT Watch found coding that revealed text for the Showdown cards.

On December 26, EA Sports confirmed that these cards would be coming back, and this is how Showdown items work. Before a major real-live soccer match takes place, EA Sports will release two new Showdown SBCs prior to the event. Each SBC will feature one player from each side.

Players are free to complete both challenges and pick up the new Showdown player items, but keep in mind that the player ratings for these items are not meant to be static. The player on the winning team will receive a +2 OVR stats boost. The player on the losing end will not receive a stat increase.

If, however, there is a draw in the match, both players won’t be shut out of any rating increases. In the event of a draw, both items will receive a +1 OVR stat boost.