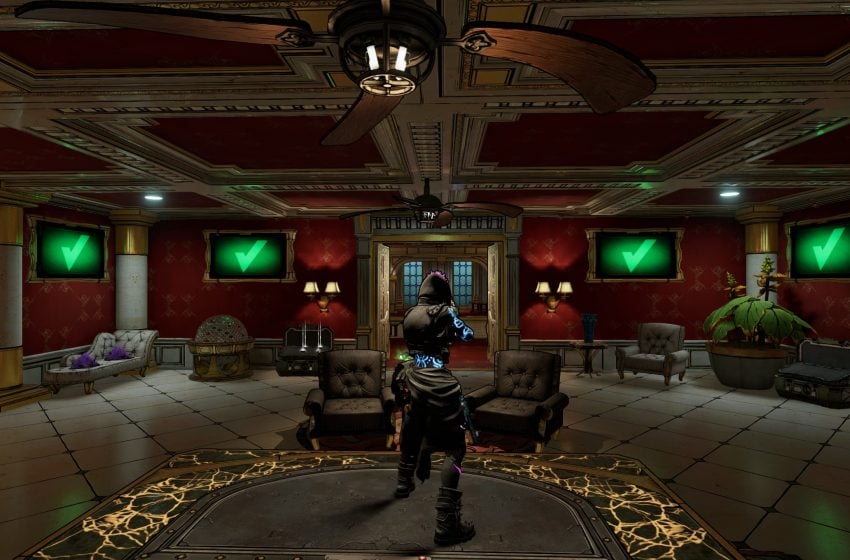 One of the challenges for Revenge of the Cartels is to solve the puzzle in Villa Ultraviolent. The first step is to find the puzzle, which isn’t very difficult, thankfully.

Fight your way past the guards and into the Mansion, then head upstairs and follow the path to the left. You will come to a room where a lot of enemies will spawn, and eventually, a boss will come out of the doors on the right. Kill them to open the doors and head inside.

You will see a desk with a keyboard on it. Interact with it to start the puzzle. Some screens on the opposite wall will light up, and they will have three shapes on them. These shapes will coincide with a code that you need to enter. The code is different every time, so we will run through how you figure out what the code is now.

First things first, you will see a bookshelf to the left of the desk with the keyboard on it. When the puzzle is activated, some books will light up, numbered 1 to 9. This is where we need to input the code. Doing it incorrectly will mean you need to reload the level, so don’t interact with them until you are sure of the code.

Now, to figure out the code, look at a bookshelf on the right of the room. You will see three glowing items on the shelves, a triangle, a square, and a circle, the same as the images that appeared on the screen.

Above each item is a line of shelves that all have a numerical value, shown in the image below.

To know which value we need to use, we take the value from the square with the ornate decoration in it.

Our code was Triangle, Square, Square, Square. On the Triangle line, the golden ornament is on the top shelf, so we know that digit is one. On the square line, the golden ornament is on the bottom shelf, which has a value of eight. As such, the code in our playthrough is 1-8-8-8, and inputting this using the glowing books on the far side of the room will solve the puzzle.

Just for the sake of example, while the circle symbol did not appear in our puzzle, if it had, we know the value would have been six, as that is the numerical value of the shelf that the golden ornament in the circle line appeared on.

And that’s it, a secret treasure room will open, and you will have finished the Every Mansion Needs a Puzzle challenge.

When is the release date for Immortals Fenyx Rising? 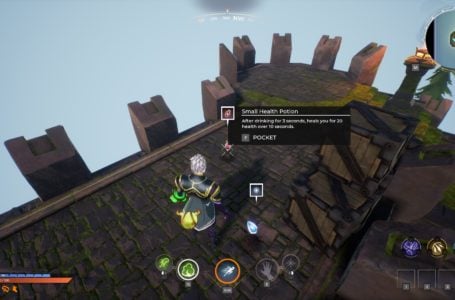 How consumables work in Spellbreak